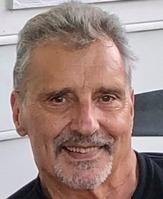 FUNERAL HOME
Warren-McElwain Mortuary Lawrence Chapel
120 West 13th
Lawrence, KS
Dr. John Bellome
June 21, 2021
Lawrence, Kansas - On Monday, June 21, 2021, Dr. John Bellome, loving husband and father of three, passed away unexpectedly at the age of 79.
John was born on July 22, 1941 in Brooklyn, NY, to Giovanni (John) Anthony and Evelyn (Canobbio) Bellome. His parents were so excited about his birth that they forgot to include his middle name on the birth certificate. John was proud of his Italian heritage and, as the only child, was raised as a "Prince."
He attended Boys High School, excelling as a swimmer and serving as President of the Student Council. He proudly accumulated awards for ping pong at the local YMCA in Brooklyn and challenged all newcomers. Throughout his life, he loved the opera, and, at an early age, began attending performances at the Metropolitan Opera House with his father. Another interest shared with his father was the love of horses, and the "sport of kings." He admitted to skipping classes and taking the train to Aqueduct or Belmont Park to study the racing forms. He was not always a winner but loved the beauty of the horses and the excitement of the race. John was especially close to his grandmother and developed many of his cooking skills at her side. He was an enthusiastic and talented chef in his home kitchen, as well as an avid gardener.
John admitted that he was a good, but not great student. However, he maintained a grade point to keep him on the honor roll. After high school, he attended Brooklyn College and went on to receive his DDS degree from New York University Dental School, where he enrolled in ROTC. Following dental school, he was commissioned as a Lieutenant in the United States Army and received orders to report to Ft. Leavenworth, Kansas, as the prison dentist for "the brig." This was, he thought, going to be a hardship tour of duty.
As fate would have it, he had the time of his life as a young officer making many new friends living in close quarters at the Bachelor Officers Quarters (BOQ). His friends nicknamed him the "Italian Stallion" before the movie "Rocky" made the name famous. He bought his first car, a used, navy blue Volkswagen "bug" and learned to drive a stick shift. This vehicle took him to the Officers Club on Friday, the 13th of October, 1967, where he met his future wife, Judy, who was celebrating her 21st birthday with her girlfriends from St. Mary College. After a whirlwind courtship, they married on July 21, 1968 in the military chapel at Fort Leavenworth. For the last 53 years, whenever there was a Friday the 13th, no matter what month or year, they made sure to celebrate and honor the day they met.
John and Judy returned to New York where he was accepted into the Oral Surgery Residency program at Fordham/Misericordia Hospital where he became board certified in Oral and Maxillofacial Surgery. After graduation, he entered private practice in the Bronx with his mentor and former dean of his Oral Surgery program, Dr. Vincent Ragaini. Eventually, John moved his family back to Kansas, where he worked as an Oral Surgeon, and later as Chief of Dentistry at the Veterans Medical Center (VA) in Kansas City, Missouri. After he retired from the VA, he became the Chairman of the Undergraduate Department at the University of Missouri Dental School, where he found a love of teaching and a passion for helping his students excel. He received multiple awards as a "Distinguished Teacher" from 2007 to 2014, when he finally retired.
John continued his service in the Army Reserve, retiring as an Army Colonel with 32 years of service in both active and reserve capacity. Most notably, he was activated during Operation Desert Storm in 1991, serving on the Iraqi border to help establish a "MASH" (Mobile Army Surgical Hospital) unit. He was always so proud of his service to his country, and his uniform.
John was preceded in death by his father, John, and his mother, Evelyn. He is survived by his wife, Judith, his three children, Kimberly Del Popolo (Rob), Elizabeth Bellome, and John Anthony Bellome, Jr.; granddaughter, Mia Del Popolo, who was the "apple of his eye," and many other loved family members.
Arrangements are being made for a private military funeral at the federal cemetery in Leavenworth, Kansas, after cremation. John was an organ donor, though he wondered "what could be salvaged from a 79-year-old body." A "Celebration of Life" in his honor is planned for Saturday, August 7, 2021 from 2-4 p.m. at Arterra Event Gallery, 2161 Quail Creek Drive, Lawrence, Kansas.
Memorial contributions may be made in John's name to Douglas County Visiting Nurses and Hospice and may be sent in care of Warren-McElwain Mortuary, 120 W. 13th Street, Lawrence, KS 66044.
For more information or to post a condolence go to warrenmcelwain.com.

Published by Kansas City Star on Jun. 27, 2021.
To plant trees in memory, please visit the Sympathy Store.
MEMORIAL EVENTS
Aug
7
Celebration of Life
2:00p.m. - 4:00p.m.
Arterra Event Gallery
2161 Quail Creek Drive, Lawrence, KS
Funeral services provided by:
Warren-McElwain Mortuary Lawrence Chapel
MAKE A DONATION
MEMORIES & CONDOLENCES
Sponsored by Kansas City Star.
5 Entries
My sympathy to John's family. I worked with John at UMKC. I often talked to him about difficult cases and he was always open to listening and teaching. He had a heart of gold and would take patients at all times who were hurting. I often thanked him for his generosity for serving those who were poor and in pain. I can hear Jesus saying to him, "Whatever you did for the least of these you did for me." What a great husband and father you all had. I will greatly miss him. +Blessings
John Purk
Work
August 6, 2021
I offer my heartfelt sympathy to your whole family and for all of his beautiful friends. What a beautiful soul, what a beautiful obituary. May he rest in peace and may you find comfort in that. May his memory forever be a blessing.
Lauren Tarrant
July 1, 2021
Dr. Bellome was a very personably educator who was involved in the shaping of a great many young dentists and Oral & Maxillofacial surgeons. He will be greatly missed, particularly that smile of his.
S. Kirk Vincent
Friend
June 27, 2021
Judy I am sorry for your loss. Its been awhile, I remember a good cook and a nice man
Karen Crandall
Friend
June 27, 2021
What a beautiful tribute to a wonderful man. I am so grateful to have had spent time visiting with John and Judy this past May. Old friendships never die, they are tucked into the crevices of our heart. You r missed,John. Rest In Peace and be the angels gardener. Love, Lynn Olson
Lynn olson
Friend
June 26, 2021
Showing 1 - 5 of 5 results