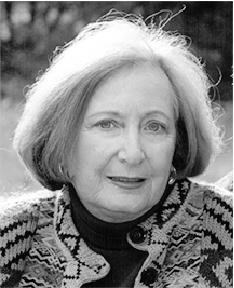 BORN
1929
DIED
2019
FUNERAL HOME
Louis Memorial Chapel - Kansas City
6830 Troost Avenue
Kansas City, MO
Lennie Berkowitz 10/27/29 3/10/19 Born in Chicago, Illinois, Lennie graduated from the University of Illinois with a BA and a graduate degree from K.U. in special education. Lennie's focus was the enrichment of other people's lives through the arts, demonstrated by her time, energy and leadership in too many organizations to name. Lennie was a founding member of Young Audience and continued her commitment for more than 40 years both locally and nationally; she was an original member of the Friends of Alvin Ailey (local and national); Contemporary Arts Society (Chairman); Friends of Chamber Music (founder); Chair of the UMKC Gallery of Art; Chair of the Contemporary Arts Society (founder); chair of UMKC Gallery of Art; member of the Kansas City Ballet. In addition to the arts, she was involved with the Kansas City HeadStart and a member of the Kansas City Landmark Commission, appointed by Mayor Cleaver. Lennie was a lifelong activist in political life of Kansas City. Later in life, Lennie was involved with a national conference highlighting ceramists from all over the United States, inspiring her and Garth Clark to open the first gallery dedicated solely to ceramic arts in Kansas City. The gallery began at her home in 1985 and later the Cohen-Berkowitz Gallery opened in 1994. Her love of the ceramics was infectious. Lennie and her husband Jerry leave a strong legacy in all aspects of the arts in our community. Lennie was preceded in death by her husband, Jerry Berkowitz, sons, Lee and John Berkowitz, daughter Julie Berkowitz, and her sister Elise Rosen. She is survived by her daughter Gail Berkowitz-Gifford, Robin, grandchildren Katie Robinson and Jake Gifford, and great-granddaughter Regan Robinson; Debbie Berkowitz and her grandchildren, Sarah and Aaron; Carol Hadesman, Barney and Ursula Berkowitz; and many other family members. In lieu of flowers, the family suggests donations to the local Young Audiences, 3732 Main Street, Kansas City, MO 6411 or the local Planned Parenthood. There will be a memorial service at the Nelson Adkins Museum on May 11th from 5:30 to 7:30 p.m, 4225 Oak Street, Kansas City, MO 64111. Online condolences may be left for the family at www.louismemorialchapel.com. (Arr: The Louis Memorial Chapel 816-361-5211)
Published by Kansas City Star on Mar. 17, 2019.
To plant trees in memory, please visit the Sympathy Store.
MEMORIAL EVENTS
May
11
Memorial service
5:30p.m. - 7:30p.m.
Nelson Adkins Museum
4225 Oak Street,, Kansas City, MO
Funeral services provided by:
Louis Memorial Chapel - Kansas City
MAKE A DONATION
MEMORIES & CONDOLENCES
Sponsored by Kansas City Star.
1 Entry
Oh Lennie, The world was a better place because of you.
You were always an inspiration to me. We served together on the Young Audiences Board. Many wonderful visits to your homes and the gallery. You had so much style and smarts togo with it. Adieu. You will be remembered for your many inspirations tome.