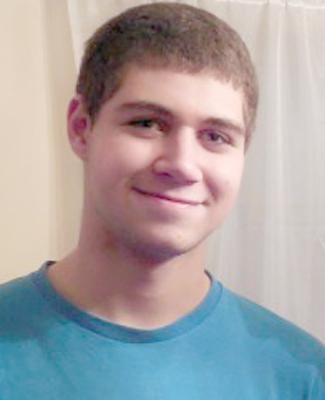 BORN
1995
DIED
2014
FUNERAL HOME
Meyers Funeral Chapel - Northland
401 Main St.
Parkville, MO
Miles Cashell, 19, a resident of Kansas City, MO was taken from us unexpectedly September 23, 2014. Miles was born August 22, 1995 to William Y. Cashell and Joanna F. (Combs) Cashell in Kansas City, Kansas. Miles spent his childhood in the Parkville, Missouri area. He was homeschooled through the 5th grade, after which he attended Park Hill schools and, later, Independence and Belton schools. Miles will be always remembered as an intelligent, enthusiastic, and outgoing young man who was very loving and generous to his family. He enjoyed spending time with his brother and friends and listening to music. He was known for his great sense of humor: when he came in, his smile brightened the room, and his laughter was contagious. He was very creative and articulate, spoke his mind freely, and enjoyed a good debate over any issue. He also loved cooking Asian cuisine, fishing, and the outdoors. He is survived by his loving family: mother, Joanna Cashell of Kansas City, MO; father, William Cashell of Belton, MO; younger brother, Dennis Cashell; little sister, Meghan Cashell; great-grandmother, Maudie Baker; grandparents, Byron and Virginia Combs; grandmother, Jackie Baker; as well as a large, close collection of aunts, uncles, and cousins. A Gathering of Family and Friends will be held to celebrate Miles' life from 5-7 p.m., Monday, October 13, 2014 at Meyers Northland Chapel, 401 Main Street Parkville, MO. Memorial contributions may be made to Synergy Services in memory of Miles. Fond memories of Miles and condolences to the family may also be shared at meyersfuneralchapel.com Meyers Funeral Chapel Northland, Family Owned and Operated. meyersfuneralchapel.com (816) 741-0251

Published by Kansas City Star on Oct. 12, 2014.
To plant trees in memory, please visit the Sympathy Store.
MEMORIAL EVENTS
Oct
13
Memorial Gathering
5:00p.m. - 7:00p.m.
Meyers Funeral Chapel - Northland
401 Main St., Parkville, MO
Funeral services provided by:
Meyers Funeral Chapel - Northland
MAKE A DONATION
MEMORIES & CONDOLENCES
Sponsored by Kansas City Star.
6 Entries
You were my lifeline and I loved you whole souled. Remember that time you told me not to care about what others thought of me and that you used to be awkward and shy but you had enough confidence and muscle for the both of us? Fly high it was you and me against the world. My regret was not coming back down and giving you that hug and time on the beach, that golden rice date and movie we planned and the night under the stars. I loved you and will always love you. Thank you for saving my life. I'm sorry I couldn't save yours.
Charlene Yates
Other
November 16, 2021
Miles was an amazing friend and will forever be missed.
Angela Rabbell
April 20, 2018
Miles was the sweetest guy I had ever met and his smile made my day, everyday. I will always love you and miss you forever. You will always be in my heart, I'm sorry we didn't get to hang out more after school, I still remember when you sang death metal in history. I love you. You have my heart.
Tama Fleming
December 19, 2014
Angela Messina
October 14, 2014
Bill I used to work with you at jjs. I remember how proud you were of your family, and how much you talked about your children. I met miles a couple of times, I'm sorry for your loss your family is in my prayers. -vince-
vincent trombino
October 13, 2014
I am truly blessed to have had Miles as part of my life. The world has lost a very special person. I pray that he has found his way to the arms of loving family and friends.
Pat Gould
October 12, 2014
Showing 1 - 6 of 6 results