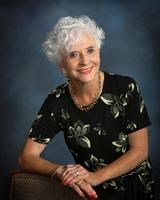 BORN
1939
DIED
2021
FUNERAL HOME
Summers Funeral Home - Ustick Chapel - Meridian
3629 East Ustick Road
Meridian, ID
Nancy Bybee Turner Estess
April 18, 1939 - September 10, 2021
Boise, Idaho - Nancy Bybee Turner Estess passed away at her home on September 10, 2021. Her family and friends were blessed with the opportunity to lovingly care for her and say goodbye in the days and weeks preceding her passing. A memorial celebration of Nancy's life will be held at 10:30 AM Thursday September 16 at the Cathedral of the Rockies with a celebration of life reception at 12:00PM at the Grove Hotel in downtown Boise.
Nancy was born on April 18, 1939 in Harrisonville, Missouri to Arthur and Elizabeth Bybee, Nancy was the second of two daughters.
She attended the University of Missouri and was a member of Kappa Kappa Gamma sorority in which she remained involved throughout her life. Nancy graduated from Mizzou in Banking and Finance in the spring of 1961, later that year she married Thomas D. Turner and they moved to Boise Idaho in 1970.
In 1983 Nancy married Michael E. Estess and they remained together until her passing. They enjoyed travel, golfing, family, friendships and many blessings.
Nancy is survived by her husband, Michael. Son Thomas D Turner of Boise, Idaho and his children Phoebe and Samuel Turner. Her son Terry Turner and his wife Stephanie and their children Claire and Jack Turner of Snohomish Washington. Her daughter Tracy Vosika and her husband Matt and their son Alex Vosika of Winchester, Virginia. Her Nephew's wife Vivian Velasquez and their children Frankie and Olivia. Her Niece Elisa Balleau and her children Sarah, Ben and Anna of Wichita, Kansas. Her stepchildren Michael F. Estess, his children Michael Peter and Emily. Mark Estess and his children Natalie, Alexander and Carolyn of Boise Idaho. Gretchen Ratzlaff and her husband Bruce and their children Sarah and Ryan.
Nancy is proceeded in death by her parents Arthur and Elizabeth Bybee, her sister Marilyn Velasquez and her husband Joe and their son Lee Velasquez.
In lieu of flowers, donations to be made to Stanford University Cardiovascular Research Foundation, the McCall Community Improvement Committee or the charity of your choice.

Published by Kansas City Star on Sep. 15, 2021.
To plant trees in memory, please visit the Sympathy Store.
MEMORIAL EVENTS
Sep
16
Celebration of Life
12:00a.m.
Grove Hotel
downtown Boise, ID
Sep
16
Memorial service
10:30a.m.
Cathedral of the Rockies
ID
Funeral services provided by:
Summers Funeral Home - Ustick Chapel - Meridian
MAKE A DONATION
Please consider a donation as requested by the family.
MEMORIES & CONDOLENCES
Sponsored by Kansas City Star.
3 Entries
Nancy was pure joy...so many fond memories on the golf course, and off! She Enhanced everyone´s life.
Denise Bergdoll
September 17, 2021
She was a pistol with an infectious laugh and more energy than a body has a right to. I adore her and will miss her dearly.
John Moss
September 15, 2021
Nancy will be sorely missed. She was a real fighter when dealing with her poor health and stayed so upbeat. She was always cheerful and lots of fun--not to mention being a good bridge player!
Ellie Miller
September 15, 2021
Showing 1 - 3 of 3 results