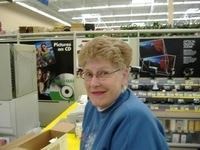 BORN
1940
DIED
2021
Patricia Dill
April 7, 1940 - February 16, 2021
Troy, Kansas - Patricia Sue (Williamson) Dill
Patricia S. (Pat) Dill, 80, died February 16th, 2021 at a hospital in St. Joseph. Pat was born April 7th, 1940 in Lawrence, Kansas. She was the daughter of the late Benjamin and Mae (McNulty) Williamson. Pat was raised in Troy, Kansas.
Pat graduated from Kansas University with a degree in Business Education. She then started a 25-year career as a Teacher. Pat taught high school in McLouth and elementary school in Troy and Lecompton before moving to Kansas City, Missouri where she taught sixth grade at Renner Elementary School in the Park Hill School District. Pat was involved in organizing programs like; sixth grade Outdoor Ed, Computer Club, Baseball Club and Musical productions. She eventually became the Computer Facilitator for the School District. During that time, she received a Master's in Elementary Administration from UMKC.
Pat retired in 1990 and moved back to Troy and the family homestead in 1994 to care for her elderly parents. She spent a portion of the next twenty years traveling the country with her bother selling collectables and visiting her grandchildren. She spent her spare time volunteering in Troy for many local causes including; Troy Sesquicentennial, Biking Across Kansas, Doniphan County Historical Society, Doniphan County Heritage Commission, Mount Olive Cemetery and the Troy High School Alumni Association
She is survived by her son, Robert (Michele) Dill of Mechanicsburg, Pennsylvania, two grandsons, RJ (Brittany) Dill of Covington, LA and Patrick Dill of Conshohocken, Pennsylvania, two great-grandchildren LeeAnn and Lila Dill. She is also survived by her brothers Michael (Denise) Williamson of Kingsville, Missouri and Robert (Bonnie) Williamson of Kansas City, Missouri and nieces and nephews.
A Celebration of Life Service will be held at a later date. Harman-Rohde Funeral Home, Troy, Kansas in charge of arrangements. www.harmanrohde.com
In Lieu of flowers the family is asking that Memorials be sent to the Pat Dill Memorial, P.O. Box 357, Troy, Kansas 66087.

To plant trees in memory, please visit our Sympathy Store.
Published by Kansas City Star on Feb. 21, 2021.
MEMORIAL EVENTS
No memorial events are currently scheduled.
To offer your sympathy during this difficult time, you can now have memorial trees planted in a National Forest in memory of your loved one.
Funeral services provided by:
Harman-Rohde Funeral Home Inc
GUEST BOOK
6 Entries
Our deepest sympathy to Pat´s family. She was always so much fun.
John and Susan Weber
February 26, 2021
Mrs. Dill was one of my favorite teacher. I have many good memories of 6th grade. Please accept my condolences
Jackie Older-Hefner
February 22, 2021
I've thought about Pat many times over the years. I always enjoyed being around her. She lived about a block away, we both worked for Park Hill and our sons were the same age. When I drive by their old house, I wondered about them. My heart felt condolences.
Kay Harvey
February 22, 2021
I had the pleasure of teaching with Pat when she worked as a long term substitute on my team at Lakeview. She was a character. Find memories. Condolences to her family and community.
Terry Beasley
February 20, 2021
May peace and love fill your family as you treasure fond memories of Pat.
Mary Huffman
February 20, 2021
Sorry to hear of Pat's passing. She was a great person. I ran into her at several sports card venues after retirememt.
Lynn Jones
February 19, 2021