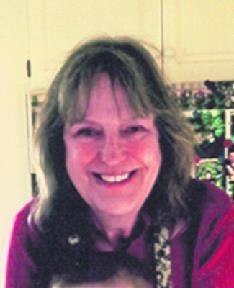 BORN
1948
DIED
2018
PATRICIA M. RUSSELL Patricia M. Russell, 69, of Kansas City, MO, passed away comfortably and surrounded by loved ones Feb. 11, 2018, after a long and brave battle against blood cancer. A celebration of her life will be held at 2 p.m. Thursday, Feb. 22, at St. Andrew Christian Church, 13890 W. 127th St., Olathe, KS. A 1 p.m. visitation will precede the service. Pat was born Sept. 2, 1948, in Topeka to E. L. Banion Jr. and Susan Banion. The family lived in La Junta, CO, and Clovis, NM, before settling in Kansas City, KS, where Pat attended St. John the Evangelist Grade School. She graduated from Argentine High School in 1967. She got her LPN certificate for nursing from the University of Kansas Medical Center in September 1968, then began working on her RN degree, which she received in May 1974 from Kansas City Kansas Community College. After working at the KU Med Center burn and psychiatric units, she became a recovery room nurse at Research Medical Center. She applied her skills at recovery for the Associated Plastic Surgeons group and finished her career working for the Surgicenter of Kansas City, retiring in 2013. In 1973, Pat married Tom Russell, who later became a practicing general dentist. Pat and Tom raised two wonderful daughters in Kansas City's Brookside area. She was able to witness the weddings of both daughters -- one in 2008 and the other at her bedside Feb. 9 in the ICU unit at the University of Kansas Hospital. She always loved children and was thrilled when her grandson was born in 2011. She was a long-time social-justice advocate and was an active volunteer with Grandparents against Gun Violence and the League of Women Voters. Pat lived her life to the fullest and without regrets. She was always game for new experiences, from experimenting with recipes to traveling to places like China, Turkey and Cuba. Less than two months before she died, she joined two long-time friends on "an adventure" to a relatively new Irish restaurant in Kansas City, and after lunch they went shopping. Pat was preceded in death by her parents and her brother Michael Banion. She is survived by her husband Dr. Thomas Russell of the home; daughters Mary Elizabeth Smith (Chris) of Olathe and Ruth Kathryn Russell (Travis Wilson) of Kansas City; grandson Sullivan Smith; brothers Thomas Banion (Carolyn) of Arvada, CO, and D. Douglas Banion (Deborah) of Geneva, IL; sister Teresa Banion (George Wanke) of Lawrence, KS; and many nieces and nephews. The family would like to thank all of the dedicated and professional doctors, nurses and aides at Research Medical Center, the Sarah Cannon Cancer Center, the University of Kansas Bone Marrow Transplant Team, KU's Isolation Unit 41, as well as its ICU and palliative care units. Pat and Tom are most appreciative of the love and support of the multitude of friends they made over the years from church, neighborhood, work and elsewhere. We will all miss her tremendously. (In lieu of flowers, please consider donations to Grandparents against Gun Violence, the League of Women Voters, the University of Kansas Cancer Research Center and the Sarah Cannon Fund for cancer research.)
Published by Kansas City Star on Feb. 18, 2018.
To plant trees in memory, please visit the Sympathy Store.
MEMORIAL EVENTS
Feb
22
Visitation
1:00p.m. - 2:00p.m.
St. Andrew Christian Church
13890 W. 127th St., Olathe, KS
Feb
22
Celebration of Life
2:00p.m.
St. Andrew Christian Church
13890 W. 127th St., Olathe, KS
MAKE A DONATION
MEMORIES & CONDOLENCES
Sponsored by Kansas City Star.
7 Entries
Dr Russell and family I was so sorry to hear of your love one Pat's passing. Your in my thoughts. She sounds like I wonderful woman and you were all blessed. God peace be with you.
February 21, 2018
It was my pleasure to collaborate with Pat on Ruthie's wedding dress when Ruthie was about four or five years old. This led to gathering a collection of dress-up clothes for both girls including veils (lace curtain), hats, gloves and shoes. The heels weren't as well received by the parents because of the noise, but the girls enjoyed them. Pat always said their friends liked to come and play dress-up.

Pat, Tom and the girls gave me many happy memories including Pat taking Ruthie aside befor we could go out for pizza to remove her bright lipstick. This wasn't deemed appropriate for pizza.hut.

My heart aches for all of you. With love to all.
Mary K Strunk
February 21, 2018
Pat was one of my favorites at St Andrew. I can picture her at a SAGE gathering, around the table at a Vegan group meal, or bringing one of her yummy dishes to a meeting to support a favorite candidate. I remember her smile, her laugh and the intense way she listens. Back when teen age antics were the topic, she gave my son a St Christopher medal. We moved to Dallas and back after 4 years. Got to spend an evening with Pat and Tom watching the Royals last summer. She mentioned planning to see Ruthie in action in court. I thought that sounded fun...that some day I'd like to do that with her, that some day I'd have more time to get together. So, she's still letting me know what's important. Tom, Mary Beth and Ruthie, my heart goes out to you and your families.
Wenda Davis
February 21, 2018
Pat was a long time friend along with her husband, Tom. We loved her sharp wit, her interest in continuous learning, her sense of fun and thoughtful kindness. We will miss her sorely.
Nickie and Tony Perry
February 20, 2018
Pat was a great asset to League of Women Voters.We will miss her energy and passion.
Sue Scholl
February 19, 2018
I worked closely with Pat on the Annual Forums For the Prevention of Gun Violence. She was tireless and never let on that she was suffering from an illness. Her humor and warmth are the things I'll remember and my condolences go to her dear family who meant so much to her.
Felicia Weiner
February 19, 2018
A friend just let me know of Pats passing. I worked and played with Pat years ago at Research. She was my mentor and friend.

She was such a lover of life! A kind and good person. Although we lost touch I always think of her with a huge smile on my face. We had so much fun!