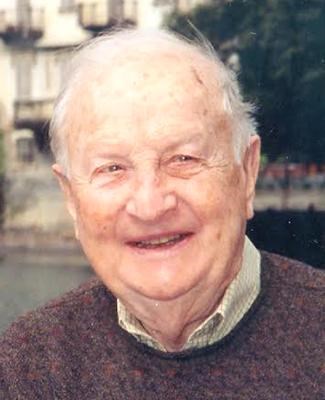 BORN
1919
DIED
2014
Paul D. Bartlett, Jr. passed away peacefully on February 8, 2014. He was 94. Paul was a consummate grain man who devoted much of his life to building Bartlett and Company. He was a trader with a great intellect and a businessman who focused on the big picture as well as every detail. He was known by business associates for his uncanny sense of markets and his understanding of the fundamental economics that drove them. Paul was also a gentleman who cared deeply for his family; he was loyal, determined and tough. He saw the world with a contrarian's eye and always maintained a healthy sense of humor and skepticism. Kansas City was his home. He had an abiding passion for the mountains of the American West and for Carmel, California, that grew out of childhood summers spent in the Sierra Nevada Mountains and Carmel. Paul was born Sept. 16, 1919 to Paul D. Bartlett and Alice Hiestand in Kansas City, MO. He graduated from Pembroke Country Day (1936), Phillips Academy in Andover, MA (1937), and Yale University (1941). Paul went directly from college to the Navy and served on a Destroyer Escort throughout the war. His assignments took him to the North Atlantic, the Mediterranean and the Pacific. Paul and his crew were the first to test and implement highly innovative submarine detection and identification technology and a defensive technology for deflecting radio controlled bombs. He was commissioned an Ensign in 1942 and attained the rank of Lieutenant. After the War, Paul returned to Kansas City and entered the grain business with his father. The company, Hart, Bartlett, Sturtevant, became Bartlett and Company in 1954. Paul and his father revolutionized the grain business in Kansas City. Among their innovative endeavors was building the River Rail elevator in Fairfax. This opened the local market, which was controlled by the (then regulated) railroads, to competition from barges. Paul diversified the company into flour milling and cattle feeding. Under his leadership, the company grew into one of the largest private companies in America. Paul served as a director of UMB Financial Corporation for more than fifty years and was also a director of Employers' Reinsurance Corporation. He was a trustee of the Linda Hall Library (Herbert Hall, husband of Linda Hall, was a cousin) and the Sunset Hill School. He belonged to the Kansas City Country Club, the River Club, the Old Capital Club (Monterey, CA) and the Society of Fellows. And, he was a longtime member of the Chicago Board of Trade and the Kansas City Board of Trade. In 1949, Paul married Joan (Jody) Jenkins. They had four children and devoted themselves to their family and the company. They shared a passion for travel, and they reveled in trips through Europe, Mexico and South America. Both were enthusiastic walkers; they loved hiking in Colorado and were known for the 7 mile walks they took on most Saturdays and Sundays. He took Jody to his beloved Carmel on their honeymoon. It became their second home. Paul is survived by his wife, Jody; their daughter, Alison Jager (Eric) and their sons Niles and Paul (Lynsey); their daughter, Marilyn Hebenstreit (Jim) and their daughters, Alison, Jessica and Laura; their son, Paul D. Bartlett III (Frances Rove); and their son, Frederick J. Bartlett. The family is grateful to the wonderful caregivers who helped Paul through the final months of his life. In accordance with Paul's wishes, services will be private and there will not be a visitation. We suggest contributions to the Linda Hall Library or Pembroke Hill School in lieu of flowers. www.stineandmcclure.com D

To plant trees in memory, please visit our Sympathy Store.
Published by Kansas City Star from Feb. 11 to Feb. 12, 2014.
MEMORIAL EVENTS
No memorial events are currently scheduled.
To offer your sympathy during this difficult time, you can now have memorial trees planted in a National Forest in memory of your loved one.
Funeral services provided by:
Stine & McClure Chapel
GUEST BOOK
Sponsored by Kansas City Star.
4 Entries
I have great memories to Mr Bartlett when I the opportunity to work at his office for one year coming from the Netherlands. I remember him as a very friendly man, just like the picture. Memory lane..
Gert
May 12, 2015
I am grateful for the life of Mr. Bartlett. Thanks to his service and to the service of others in our armed forces, my family and I have been able to lead our lives in freedom and peace.
Bob
February 11, 2014
Thanks Mr B..You are resting peacefully and i sure enjoyed you..Sending prayers too his wonderful compassionate family..thanks again..God Bless u and if you need anything let me know...Love Dawn C
Dawn Crisler
February 11, 2014
I have worked for Bartlett since 1978 and Mr. Bartlett was in the office everyday if he was in town. He allway said hello to you and ask how you where. The family is in my thoughts and prays and I well miss him.
Sharon Knuth
February 11, 2014