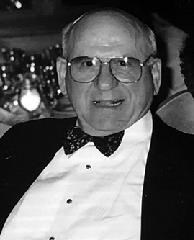 BORN
1919
DIED
2019
FUNERAL HOME
McGilley & Sheil Funeral Home & Cremation Services
11924 East 47th Street
Kansas City, MO
Paul Lewis Varsalona We said goodbye to one of the best of "The Greatest Generation" on June 2, 2019. Born September 4, 1919 in Arma, Kansas to Joseph & Carmella Varsalona. Paul was the youngest of 7 brothers and 4 sisters. After Pearl Harbor like so many young patriots, he heard the call and did not hesitate to join The Army. Paul entered into WWII on August 5, 1941 as a member of the 19th US Army Engineer Regiment 2nd Corp-Combat at 22 years old. Paul's 2nd Core Combat Unit served more consecutive days in combat than any other regiment in the war from 1941 through 1945. One of his deployments took him through Tunisia, North Africa where he participated in The Great Battle between George S. Patton's Second Army and German General Erwin Rommel at The Kasserine Pass. Following his mission through North Africa, his company fought in Sicily, Italy and France until the end of the war in 1945. During his 4 years of service in WWII he received the follow Service Awards: 5 Bronze Campaign Service Stars, 1 Silver Campaign Star, European African Middle Eastern Campaign Medal, American Defense Service Medal and a Good Conduct Medal. Paul was Honorably Discharged on August 31, 1945. Upon returning from the war to his hometown of Arma, he joined The American Legion of Arma, Kansas in 1946 where he has remained a member for the past 73 years. Over the following two years, he moved to Chicago to work and continue his education by attending Northwestern. Later, upon returning to his hometown, he attended Pittsburg State and met the love of his life Dorothy Jean Crockett. Paul & Dorothy were married on January 3, 1947 and had 3 children Paula, Frank & Carmella. They were married 48 years until Dorothy's passing on June 19, 1996. As an entrepreneur and devoted family man Paul owned and operated several successful Kansas City area businesses supporting his family from 1951-1973: Benton Liquors, Charlie's Liquors, V&M Cigar Company and Skelly Oil & Gas Station. Paul then retired at the age of 55 then later co-founded Paula Varsalona Ltd. New York City in 1975 along with his daughter Paula. Paul gave more than his share of community service by devoting time to several charitable organizations such as: Montville UNICO where her was a member for 30 years and The Marillac Center where he worked to raise money for children in need. In 1995, he received the Marillac Silver Lining award for his volunteer work. The St. Joseph's Table at St. Mark's, St. Pius, St. Bernadette's and Nativity of the Blessed Virgin Mary in the Independence and Kansas City area. Paul's good works honored him with the induction into The Sovereign Military Order of St. John of Jerusalem Knights of Malta where he has remained an active member for the past 29 years. Paul was honored as "Fire Chief For The Day" Eureka, MO on June 7, 2017. Paul is survived by his children: Paula Varsalona-Marino and her husband Joseph, Frank Varsalona and his wife Connie, and Carmella Mongold and her husband Richard. Grandchildren: Jennifer Mongold-Lopez and her husband Javier, Alexandra Paula Marino and Samantha Mongold. Step-grandchildren: Leslie Schmidt, her husband Rick and their children Joshua, Natalie and Jessie. Kerry Gamber, her husband Kevin and their children Zachary, Ian & Declan. Godchildren: Amy Shunick, Carl Nelson Crockett, Erin Heilman and Ryan Varsalona. Paul was preceded in death by his wife: Dorothy (Crockett) Varsalonain 1996. Brothers: Carl, Joe, Sam, Frank, Johnny and Charles "Knute". Sisters: Rose, Mary, Sue and Patricia. In lieu of flowers, the family kindly requests memorial contributions are to be made to UNICO National Foundation (memo) Dorothy Varsalona Cancer Fundand mailed to UNICO National, 271 US-46 F103, Fairfield, NJ 07004. Online condolences to www.mcgilleysheil.com. Visitation held Thursday, June 6, 2019 from 6-8pm at St. Mark's Catholic Church, 3736 South Lee's Summit Road, Independence MO, 64055 with Rosary recited at 5:30 pm. Funeral Mass held at St. Mark's Friday, June 7, 2019 at 11am. Internment immediately following at Mt. Olivet Cemetery in Kansas City, MO. Thank you to all who have shared in his life journey...including his many family and friends he leaves behind. As Paul always said, "I HAVE NO REGRETS, I DID IT MY WAY."
To plant trees in memory, please visit our Sympathy Store.
Published by Kansas City Star on Jun. 5, 2019.
MEMORIAL EVENTS
Jun
6
Rosary
5:30p.m.
St. Mark's Catholic Church
3736 South Lee's Summit Road, Independence, MO
Jun
6
Visitation
6:00p.m. - 8:00p.m.
St. Mark's Catholic Church
3736 South Lee's Summit Road, Independence, MO
Jun
7
Funeral Mass
11:00a.m.
St. Mark's
, MO
Jun
7
Interment
Mt. Olivet Cemetery
, Kansas City, MO
Funeral services provided by:
McGilley & Sheil Funeral Home & Cremation Services
MEMORIES & CONDOLENCES
Sponsored by Kansas City Star.
10 Entries

Tim Nelson
July 3, 2019
Paul touched our lives for over 30 years. He filled our office with humor and stories. He was always talking about his family and how proud he was of his children. Paul was the epitome of America's Greatest Generation. It was an honor and a privilege to have known such a great man. He is irreplaceable and one of a kind. With much love we wish him goodbye.

Dr. George Sroor, Denise Sroor and staff
June 7, 2019
I am so sorry for the loss of your dad, Paul. He was truly a loyal and great person always. I considered it an honor and a privilege to help him.
I'm sorry that I was unable to attend his services due to work but I've been consumed by thoughts of him and what a wonderful person he was.
May he rest in peace with Jesus, Dorothy and the rest of his friends and family.
Connie Chaffin
June 7, 2019
Carmella and family,I'm very sorry for the loss of your father. I always enjoyed talking your dad. I'm sorry I couldn't attend his service but I will keep you all in my thoughts and prayers and I hope time will heal all of your hearts.

Sincerely,
Louie Pisciotta
June 7, 2019
May your hearts soon be filled with wonderful memories of joyful times together as you celebrate a life well lived. Mom(Betty Cardiali) and I both have such fond memories of Frank and were so happy to have spent the day with him when he was honored by the American Legion here in Arma. Our hearts will be there with you tomorrow and you know Daddy will be up there welcoming him. Good Bless, with love Pamela
Pamela Cardiali Sparkes
Friend
June 6, 2019
Paul assumed the role of Godfather in my life and was just as strict with me as his own children. Or at least he tried. I've always said that Paul and Dorthy were my other set of parents.Their house was full of laughter and generosity and wonderful food! I certainly am missing him already. He was bigger than life to me. God bless you Paul and your family. You were loved by many.
Nancy Rupard
June 5, 2019
A wonderful man, dad and role model, the finest I ever had the honor to know. The world's poorer for his passing, but was enriched for 99 years by his being in it. We all were blessed by that. May he rest in peace and joy in the arms of the Lord.
Doug Ross
June 5, 2019
Mr. Varsalona it was an honor to have known you. We will forever cherish the fond memories, your warm greeting, infectious smile and mid-western charm. Thank you for your noble service to our country and for the countless people you helped along the way. You showed great strength,charity and dignity til the end. May you rest in eternal peace! The DeVirgilio Family
Gena DeVirgilio
June 5, 2019
We didn't know Paul. However, knowing Paula for many years, Paul must have been a wonderful person and father because he raised one beautiful and talented daughter. We have also been friends with Paula and Joe for many years and they only had the loveliest things to say about Paul. May he rest in the arms of Jesus. At almost 100 years of age, and all the good deeds he has done, he certainly has earned his place in heaven. God Bless the family - David & Wanda Borges/Zell
Wanda Borges
Friend
June 5, 2019
Paul was a man I admired greatly. He was a friend everyone would be blessed to have. He will be missed by many!
Dave Owen
Dave Owen
Friend
June 5, 2019
Showing 1 - 10 of 10 results