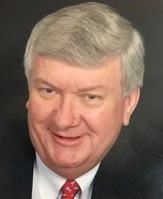 BORN
1948
DIED
2021
FUNERAL HOME
White Chapel Funeral Home
6600 NE ANTIOCH RD
Gladstone, MO
Richard C. Atkin
April 5, 1948 - October 11, 2021
Kansas City, Missouri - Richard Charles Atkin, 73, went to be with our Lord, Monday, October 11, 2021. He was born at home in Holts Summit, MO, April 5, 1948. The son of the late Robert W. and Gertrude (Green) Atkin. He married Belinda Tipton, June 10, 1967, in Kansas City, MO. In 1968, he enlisted in the Air Force and spent most of his enlistment at Offutt AFB in Omaha, NE. Upon returning to Kansas City, he went back to being a draftsman for the Kansas City School District attending UMKC at night to finish his degree in Accounting. Rich then went to work for Arthur Anderson and Co., as an auditor, specializing in trucking, manufacturing and wholesale distribution. After several years of auditing and being on the road, he went to work for McPike Inc. After McPike was acquired by FoxMeyer Health Corporation, Rich was asked to continue working with the real estate investment sector of Campbell Development Co. One of his main responsibilities for Campbell Development was The Fox Acres Country Club and Golf Course in Red Feather Lakes, CO. Richard worked for McPike/Campbell Development for 32 years. He retired in May 2013. His plan was to live out his life in Colorado but declining health moved him to New Ulm, MN in 2018. He is survived by his wife of 54 years, Belinda; 2 daughters and 3 grandsons: Gayle Cole (Mike) and Zachary; Jennifer Atkin, Tyler and Nicholas; sisters-in-law: Marvis Atkin; Mary Atkin; Vicki Schonewetter (Gerald); Cindy Vaughn; Sue Tipton; 10 nieces and 4 nephews and many great nieces and nephews. Rich is preceded in death by his brothers: Howard, Paul, Bob and Jerry Atkin; his brother-in-law, Mick Tipton; and sisters-in-law: Marjorie Atkin; Ruby Atkin and Earlene Tipton. Family suggests contributions be made to the American Diabetes Association, the National Multiple Sclerosis Society, or the Alzheimer's Association. A visitation for Richard will be held Tuesday, October 19, 2021 from 10:00 AM to 11:00 AM, a funeral service will occur Tuesday, October 19, 2021 from 11:00 AM with a graveside service to follow at White Chapel Funeral Home 6600 NE Antioch Road, Gladstone, MO 64119.

Published by Kansas City Star on Oct. 17, 2021.
To plant trees in memory, please visit the Sympathy Store.
MEMORIAL EVENTS
To offer your sympathy during this difficult time, you can now have memorial trees planted in a National Forest in memory of your loved one.
Funeral services provided by:
White Chapel Funeral Home
MAKE A DONATION
Please consider a donation as requested by the family.
MEMORIES & CONDOLENCES
Sponsored by Kansas City Star.
1 Entry
Sorry for your love. Rich was Member of Avondale United Methodist Church long time ago. God bless you and your family and friends. Love, Merilee Taylor
Merilee Taylor
Family
October 17, 2021
Showing 1 - 1 of 1 results