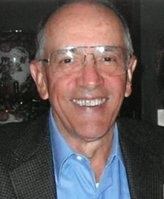 BORN
1934
DIED
2022
FUNERAL HOME
McGilley & Hoge Johnson County Memorial Chapel
8024 Santa Fe Drive
Overland Park, KS
UPCOMING SERVICE
Visitation
Jan, 19 2022
9:30a.m. - 11:00a.m.
Village Presbyterian Church
Send Flowers
Richard Love
October 20, 1934 - January 11, 2022
Leawood, Kansas - Richard D. Love was born October 20, 1934, in Norton, Kansas. He was the second son of R. Wayne and Edith Love. He died on January 11, 2022 in Prairie Village, Kansas.
Memorial Services will be held at the Village Presbyterian Church in Prairie Village, Kansas on Wednesday, January 19, 2022 at 11 am with a Visitation prior to the services beginning at 9:30 am. A livestream of the Memorial Services will be available at https://www.villagepres.org/online.html A private burial will take place at the Corinth Cemetery.
He attended primary and secondary schools in Joplin, Missouri graduating in 1952. He graduated from the University of Kansas in 1956 and served three years in the Air Force as a pilot. He began work with the accounting firm Peat, Marwick, Mitchell and Co. (now KPMG) in 1959. He became a CPA in 1961 and served as the partner in charge of the tax department from 1976 until his retirement in in 1994. After his retirement he maintained a small tax practice until 2016.
He was a former member of the Carriage Club and the Kansas City Club. He served as chairman of several tax seminars during his career. He was an avid tennis player and played golf after retiring. He was a long-time member of the Village Presbyterian Church and volunteered in various capacities including the Food Pantry.
He was predeceased by his wife Barbara and his parents. He is survived by his son Scott, daughter in law Patty and grandchildren Grace, Caroline, and Hank, as well as his brother Don and his wife Judy and six nephews and nieces and several grandnephews and grandnieces. He was a man totally devoted to his family. He maintained close relationships with his former associates and friends. In lieu of flowers, donations may be made to the Village Presbyterian Church Food Pantry.
Fond memories and expressions of sympathy may be shared at www.mcgilleyhoge.com