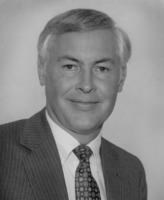 BORN
1939
DIED
2021
FUNERAL HOME
Darling & Fischer Chapel of the Hills
615 North Santa Cruz Avenue
Los Gatos, CA
Robert D. Hunley
March 13, 1939 - October 6, 2021
San Jose, California - Robert D. Hunley passed away peacefully in Los Gatos, California, on October 6, 2021. Bob was born on March 13, 1939, in Salina, Kansas. He attended Paseo High School in Kansas City, Missouri, where he was on the track and tennis teams. Bob earned a BSBA in business at the University of Kansas, and an MBA in Finance at the University of Missouri in Kansas City.
Bob served in the military from 1962 to 1965 in a US Army Intelligence Unit during the early part of the Vietnam War. After returning from Vietnam he was assigned to the Army Security Agency post at Two Rock Ranch Station in Petaluma, California.
Bob's career in finance spanned 40 years as an investment analyst and consultant for Waddell & Reed, and later with DeMarche Associates in Kansas City, advising companies and institutions on their financial portfolios. He also earned a Chartered Financial Analyst (CFA) certification, which qualified him to be a security analyst picking stocks for mutual funds.
After Bob retired in 2004 he spent time enjoying his hobbies of playing tennis, bridge, and exploring National Parks, particularly Rocky Mountain National Park in Colorado. In 2012 Bob and his wife Cookie moved to San Jose, CA to be closer to their daughter's family.
Bob is survived by his wife of 57 years, Cookie, daughter Jill (Geoff), and granddaughter Shea Elmore of Los Gatos, California. Bob will be remembered for his thoughtful manner, his wise perspective, and his sense of humor. His gentle and kind spirit will be missed by all who knew him.

Published by Kansas City Star on Oct. 17, 2021.
To plant trees in memory, please visit the Sympathy Store.
MEMORIAL EVENTS
To offer your sympathy during this difficult time, you can now have memorial trees planted in a National Forest in memory of your loved one.
Funeral services provided by:
Darling & Fischer Chapel of the Hills
MAKE A DONATION
MEMORIES & CONDOLENCES
Sponsored by Kansas City Star.
1 Entry
Offering our deepest condolences during this difficult time.
Darling & Fischer Chapel of the Hills
October 17, 2021
Showing 1 - 1 of 1 results