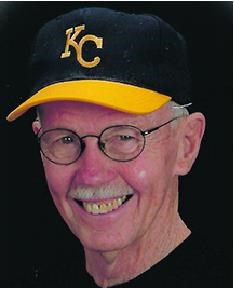 BORN
November 6, 1932
DIED
June 25, 2018
Robert Lee Steen Robert Lee Steen, 85, of Independence, MO, passed away at his home Monday, June 25, 2018. A visitation will be held from 6-8pm on Thursday, June 28, 2018, at Speaks Suburban Chapel 18020 E 39 th St S, Independence, MO, 64055. A graveside service will be held at 10am on Friday, June 29, 2018 at Floral Hills Cemetery 7000 Blue Ridge Blvd, Kansas City, MO 64133. Bob was born on November 6, 1932 in Chillicothe, MO to Allen and Inez (Owens) Steen. Bob married Freddie Joyce Fields on November 25, 1950 and they were together until her death in 1998. He was drafted into the Army in 1952 and following his service was then drafted by the MLB Brooklyn Dodgers. A professional career ending injury brought his dream to a close too early, but his love of the game never stopped. He would go on to help start the 50+ softball league in Kansas City. He played into his 70's and instilled that love in his daughters. His love of order and numbers assisted him in a successful accounting career with Folgers Coffee. In 1989, after 28 years, he retired as the Chief Financial Officer of the Kansas City Plant to care for the love of his life, Freddie. He will be remembered by his daughters, Robin and John Crick and their children Delaney and Jeremy of Independence, MO and Rayna and Ron Neises of Belle Plaine, KS; his sisters, Mary Katherine Mann, Dorothy Castro, and Ruth White; his many loving caregivers and friends, family, co-workers and ball players. He is preceded in death by his parents, wife, and siblings James, Viola, Donald, and Lucian. In lieu of flowers, the family suggests memorial contributions to The Steen Family Team for the Annual Walk To End Alzheimer's or Rockhurst University's Accounting Department. Condolences may be expressed at www.speakschapel.com (Arrangements: Speaks Suburban Chapel 816-373-3600)
To plant trees in memory, please visit our Sympathy Store.
Published by Kansas City Star on Jun. 27, 2018.
MEMORIAL EVENTS
Jun
28
Visitation
6:00p.m. - 8:00p.m.
Speaks Suburban Chapel
18020 E 39th St S, Independence, Missouri
Jun
29
Graveside service
10:00a.m.
Floral Hills Cemetery
7000 Blue Ridge Blvd, Kansas City, Missouri
Funeral services provided by:
Speaks Suburban Chapel
GUEST BOOK
Sponsored by Kansas City Star.
4 Entries
Patti Hook
July 13, 2018
July 13, 2018

I didn't see Bob that much, but when I was at family dinners and he was there, I always enjoyed him so much. What a fabulous personality, fun to be with and such a positive and outgoing person. He will be missed very much. My heart goes to his family with prayers and remembering what a wonderful man to have known.
Patti Hook
July 13, 2018
Bob,
It was great playing 50+ softball, from Kenagy to Log Cabin to Colman. I wish we could do a repeat. I was just thinking of you recently. You will be missed!
Jim.
James Emmons Sr.
June 30, 2018
My thoughts and prayers are with your family during this difficult time. May the promise in 1 Thessalonians 4:14 comfort your family.
June 26, 2018