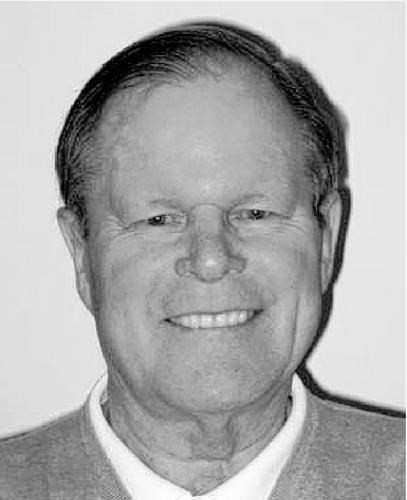 Dr. Robin Richard MacDonald Dr. Robin Richard MacDonald, died peacefully just shy of his 83rd birthday in Leawood. He is survived by daughter Helen Carson (Jeff), and son Richard MacDonald (Pearl) of Kansas City, and grandchildren Robyn MacDonald, Winston Mac-Donald, Grace Carson, Emma Carson and Jacob Carson. He was preceded in death by his wife Heather Glee two years ago, and parents Hector and Francina. He was born in Bloemfontein, and grew up in Port Elizabeth, South Africa. After attending U.C.T, he began his residency in Radiology at Groote Schuur Hospital where he met a Head Matron named Heather Glee Curtis. His studies and teaching took him to universities in Durban, Melbourne, Adelaide, and London, where he was a Fellow of the Royal Faculty of Radiologists in Great Britain. After immigrating with the family to America in 1977, he was on the staff of the Cleveland Clinic before moving to Kansas City, where he practiced at Baptist Memorial Medical Center until 2003. He then joined the St. Luke's Hospital Plaza team. From reading the letters from colleagues and patients that he kept, his dedication to medicine and his compassionate care of patients was the cornerstone of his purpose. One letter from the Director of Radiology in Adelaide noted 'he could be diplomatic or forthright as required, but seemed to have the happy knack of knowing when either was called for'. Upon occasion, his students and children might recall the latter! He grew up loving sports, and captained the cricket team for U.C.T. He played 12 first-class international cricket matches in the 1950s, representing the SA Universities team against Australia, New Zealand, and the West Indies. In 1956, he scored a decisive 29 in the final game to win the Currie Cup for Western Province. After the loss of his leg at age 26 as a result of a blood clot ended his cricket career, he began a lifelong love of golf. He twice reached the semi-final of the Natal Province Amateur annual competition with a 2-handicap, scoring an albatross. In South Africa, he was a three-term President of The Royal Durban Golf Club. He eagerly adopted all American sports with equal zeal, and relished a full weekend of sports with the family over to enjoy golf and the KC and KU teams. In later years, he was avid follower of the PGA. After initially retiring at age 65, he joined the St Luke's South Goppert Center for Breast Care. He was passionate about providing dignified diagnosis for appreciative patients. He enjoyed a very happy decade of working 6 days a week in the morning, playing golf and gin rummy with friends as a member of Indian Hills Country Club, and attending grandchild academic and athletic events with love and quiet pride. 'Oupa', as he was affectionately known by his grandchildren, was a kind and generous man, devoted to his family. His quick wit, big heart, and bad jokes were legendary, and his friends and extended family remember him as honorable above all else. A soft touch for all animals, the MacDonald Labradors knew they had hit the jackpot. After caring for Heather, it was his turn with Parkinson's. Robin went peacefully in his sleep to be reunited with his beloved wife for their 59th wedding anniversary. Honoring his wishes, he will be lovingly remembered at a family memorial service. Donations can be made to St Luke's South Goppert Center for Breast Care Fund at St Luke's Foundation, 4225 Baltimore Ave, KCMO, 64111.
To plant trees in memory, please visit our Sympathy Store.
Published by Kansas City Star on Oct. 28, 2018.
MEMORIAL EVENTS
No memorial events are currently scheduled.
To offer your sympathy during this difficult time, you can now have memorial trees planted in a National Forest in memory of your loved one.
GUEST BOOK
Sponsored by Kansas City Star.
3 Entries
In 2007 at my annual mammogram, Dr. Mac let me know that he saw something suspicious and he wanted to send a biopsy to my lab, Lab 1. He called and let me know that the results showed nothing and that he personally went on his own time to Lab 1 and, although he agreed that they did a thorough job, he wanted St. Luke's Lab to take another look. He called Friday before Labor Day weekend and said they found one milligram of cancer. He did not want it to ruin my weekend and he gave me his home phone number and said he's just hanging out with the wife and the dogs and to call him if I needed someone to talk to. RIP Dr. Mac. How many of us owe you our lives?
Sally Broughton
November 9, 2018
I worked with Dr. MacDonald at Baptist when he first started there, and again when we went to St. Luke's in 2003. He always reminded me of Benny Hill. There was no one like him.
Condolences to his family.
Diane Park
DIANE PARK
November 5, 2018
A friend just told me of Robin's passing.
I have great memories of playing golf and gin rummy with Robin at Indian Hills CC. Robin excelled at both and welcomed a young guy (me at the time) into the group. Robin never bragged about his accomplishments...the obituary says it all !
He was a smart, fun loving and kind man .
Condolences to his family.
John Whitaker.
November 1, 2018