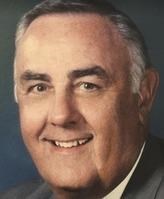 BORN
1938
DIED
2021
Ronald "Ron" Drinkhouse
January 22, 1938 - July 12, 2021
Georgetown, Texas - Ronald F. Drinkhouse (Ron) 83, of Georgetown, Texas passed peacefully on July 12, 2021 with his loving wife, Michelle, by his side.
Ron was born in January of 1938 in Alliance, Ohio to Elizabeth Mary (Ward) Drinkhouse and Frank Drinkhouse. He is preceded in death by his parents. Ron graduated from McKinley High School in Canton, Ohio. After serving in the Navy, he worked in Chicago, Illinois as a dental technician. Ron went on to manage Patterson (Litton) Dental Supply branches in Ohio, Kentucky, and Kansas.
In 1960, while living in Chicago, Ron met Michelle Jobin, from Quebec, Canada. The two met by chance at a dance hall in New Hampshire and corresponded for a year. Love at first sight turned into 60 years of marriage.
Ron is survived by his wife Michelle (Jobin) Drinkhouse, his son Ron Drinkhouse of Overland Park, Kansas, and his daughter Christine (Robert Darkenwald) of rural Douglas County, Kansas. Ron leaves 5 grandchildren: Amanda, Nathan, Collin, Teresa, Mathew, and a great granddaughter, Meadow.
Ron never forgot his humble beginnings in Ohio and appreciated all he had. He was lucky to have a beautiful, resourceful wife who left her home country to start a family with him in the United States. He did everything he could to make sure she saw her family frequently. As an only child, her Canadian family adopted him as one of their own. The family enjoyed camping and traveling.
After retiring, Ron and Michelle moved to Georgetown, Texas where he golfed, and they took trips in their RV across the US and Canada. Above all, he was a man of morals and integrity. Ron had an amazing sense of humor and could belly-laugh until he cried. He was an easy-going man who was loved by many and will be dearly missed.
The family wishes to extend their gratitude to their close family friend Sandy George, of Georgetown, Texas, for being there throughout his illness.
Services are pending. Memorial gifts may be made in Ron's name to The Alzheimer's Association of America.

Published by Kansas City Star on Jul. 25, 2021.
To plant trees in memory, please visit the Sympathy Store.
MEMORIAL EVENTS
To offer your sympathy during this difficult time, you can now have memorial trees planted in a National Forest in memory of your loved one.
MAKE A DONATION
Please consider a donation as requested by the family.
MEMORIES & CONDOLENCES
Sponsored by Kansas City Star.
1 Entry
Dear Christine, Bob, and family; please accept our deepest sympathies on Ron's passing. It was a pleasure to know him. Love, Nadia and Jim
Jim and Nadia
July 28, 2021
Showing 1 - 1 of 1 results