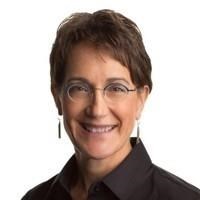 BORN
1959
DIED
2021
FUNERAL HOME
Cremation Center of Kansas City
4926 Johnson Drive
Roeland Park, KS
Stephanie Sue Smith
May 14, 1959 - July 24, 2021
Kansas City, Missouri - Stephanie Sue Smith born May 14, 1959, passed away peacefully on July 24, 2021 at Kansas City Hospice House at the age of 62 surrounded by friends and family. A Celebration of Life will be held at a future date with notification to follow.
Stephanie was blessed with an abundant life. A beloved sister, aunt, cousin, friend and teammate, Stephanie spent her early life in Kearney, Nebraska. As an athlete, Stephanie started competitive swimming at age nine. At Kearney High School she was a three-sport letter winner. Stephanie went on to attend Kansas University where she was a proud Jayhawk playing collegiate basketball (1977-1978) and field hockey (1978-1979). In later years she also participated in the Win for KC team triathlon for seven years where team "Be Who You Are" finally took first place.
In addition to her love of sports Stephanie enjoyed the out-of-doors camping, hiking, water rafting and working in her yard. She hosted many a friend in her restored historic home in the Kansas City Hyde Park neighborhood. She was the vision and the worker behind the restoration as she taught herself how to do plumbing and electrical work. With her "can do" spirit she was never afraid to tackle a challenge.
Upon graduating from KU in 1981 with a Bachelor's of Fine Arts in Design and Visual Communications, Stephanie joined Montague Sherry Advertising as an Art Director. Outside of the agency, Stephanie started a freelance business under the banner of S&Co.Design. In 1986, as President, she partnered with Cheryl Johnson to transform the business into a full-service design studio. Stephanie's creative work garnered her several awards. Through the span of her career she brought her design expertise to a range of Kansas City enterprises both large and small to fulfill their vision.
Continuing with her entrepreneurial spirit, in 2012, Stephanie created a line of promotional items with her "Be Who You Are" logo and tag line under the business of Beauty of Life, LLC.
Stephanie was active in the Kansas City's Data-Driven Marketing Association, Ad Club, Business Network International and Mid-America LGBT Chamber of Commerce. Always one to give back, Stephanie became involved with Dining by Design/DIFFA-KC (Design Industries Foundation Fighting AIDS) for many years and when on the board she embraced the position whole heartedly. She was also on the Hyde Park Board and volunteered for the Pilgrim Run. She participated in the yearly AIDS Run and the Susan G. Komen-breast cancer run. She was a long-time member of Unity Temple on the Plaza.
Stephanie was preceded in death by her parents, John and Vernice Smith. She is survived by her brother, John David Smith, nephew, Eric Foust, cousins, Mark Gross (Jane), Mary Ellen Lewis (Gary Klinker), and Sarah Jones (Curt).
Stephanie will be missed by her friends, family and community. May her creative thinking, her competitive spirit and passion for sports, her humor and kindness live on in us as she rests in everlasting peace.
In lieu of flowers, memorial contributions may be made in her name to Unity Temple on the Plaza, American Cancer Society Research or Design Industries Foundation Fighting AIDS and may be sent in care of Cremation Center of Kansas City, 4926 Johnson Drive, Mission, KS, 66205.
For more information or to post a condolence go to cremationcenterkc.com.
Please sign this guestbook at legacy.com/us/obituaries/kansascity/browse

Published by Kansas City Star on Jul. 30, 2021.
To plant trees in memory, please visit the Sympathy Store.
MEMORIAL EVENTS
To offer your sympathy during this difficult time, you can now have memorial trees planted in a National Forest in memory of your loved one.
Funeral services provided by:
Cremation Center of Kansas City
MAKE A DONATION
Please consider a donation as requested by the family.
MEMORIES & CONDOLENCES
Sponsored by Kansas City Star.
1 Entry
Many great memories from high school. Steph always had a smile for everyone, her joy was contagious. She was smart, and excelled in everything she did. I always admired her, she will be missed by many.
Brenda
Friend
August 1, 2021
Showing 1 - 1 of 1 results