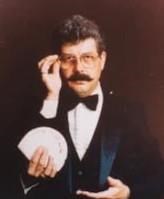 BORN
1938
DIED
2021
Terence Elton
June 15, 1938 - August 10, 2021
Shawnee, Kansas - Terry Elton took his final bow on the stage of this world on August 10, 2021. He was home, surrounded by family, and at peace.
He is survived by his wife of 58 years, Maureen Elton, his daughter, Donna Vennera, and his grandson, Matthew Hauser.
Born June 15, 1938 in Accrington, England to Edward Elton & Doris Langton Elton, Terry spent his youth in the village of Lytham-St. Anne. He enjoyed an active childhood with his best friend Brian. They played football, set up tents to 'camp out' on the greensward, and on one occasion accidentally knocked out the teeth of a lady tourist when a cricket ball went astray.
Immigrating to America in his teens offered Terry a chance to explore his many talents. During high school and after, he was lead singer for the Londonairres, one of those new rock-n-roll bands popping up in the late 1950s. Terry was convinced that Roger Waters modeled the band in "Hair Spray" after his because they were the only ones in Baltimore at that time with gold jackets.
Terry married Maureen Burke on January 26, 1963. Maureen prayed for snow for their wedding and she got her wish in spades. They were married during the worst snow storm Baltimore had in years, and began their 58-year adventure driving from Baltimore, along Route 66 across the US, to Tacoma Washington where they were stationed before Terry served in Tripoli Africa. He served in the Air Force for 4 years.
After completing his service, they returned to Baltimore where Terry began a series of jobs that became stepping stones to his 24-year career with Hallmark Cards.
Upon retiring, Terry tried his hand at writing a novel called, The Journey. Set in Colonial America & England, he spent years researching to get all the details just right.
But his real passion was MAGIC. Terry spent thousands of hours inventing new effects and practicing his sleight of hand skills, much to the chagrin of his wife, who he followed around the house asking to pick a card repeatedly.
Dubbed "The Funniest Man on the Planet" by Sir Toen FitzWilliam, The Comedy Magic of Terry Elton, was well known for over 40 years. He was a member and former officer of the International Brotherhood of Magicians, Ring #129, traveled all over North America to perform, and even had a stint at the Magic Castle in Hollywood, California.
He is most well known locally for his performances at the KC Renaissance Festival. Terry entertained hundreds of thousands of people in his 32 years as a magician at the Wizard's Tower. If you didn't "get with the program" you were familiar with the Salt Routine and pom-pom pole. Or his masterpiece, "Something, Nothing, and More," where his was always bigger than yours.
The thing he enjoyed most was being on stage, facing hundreds of people he didn't know, & winning them over with his performance and wit. A few days before Terry passed, he said, "Then one day, the show stops. It comes to an end. But I had the ride. And I have the stories."
And that's about the best anyone can get out of such a full life.
A celebration of his life, and the Broken Wand ceremony will be held on Thursday, September 9th, at Jacob L. Loose Park Shelter, 51st and Wornall Road, KCMO 64112 beginning at 6:00 with the ceremony at 6:45pm.
All are welcome!