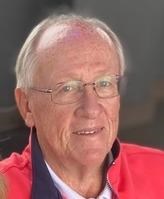 BORN
1944
DIED
2021
ABOUT
Wyandotte High School
FUNERAL HOME
McGilley Memorial Chapel
12301 State Line Road
Kansas City, MO
Thomas Jones
September 7, 2021
Leawood, Kansas - Thomas E. Jones, 77, passed away on September 7, 2021. He was born in Kansas City, KS in 1944 to Harold and Lucille Jones. Tom graduated from Wyandotte High School where he was a star on the basketball court and the baseball field, winning state championships in 1960, 1961 and 1962. He then went to the University of Kansas where he met his future wife, Kay Lynette Jones. Tom was a member of Sigma Chi Fraternity and graduated with a degree in mechanical engineering. He later received an MBA from the University of Missouri, Kansas City.
He started his career with Phillips Petroleum in Bartlesville, OK. Tom and Kay then returned to the Kansas City area where he began working for Puritan Bennett. Over his 20+ years at Puritan Bennett in the airgas industry, he became Vice President and General Manager where he and Kay were able to travel the world. Tom retired in 2008 as the Chairman of Chad Therapeutics. He maintained strong ties with KU, serving on the Engineering Advisory Board for over 30 years, also receiving the Distinguished Engineering Service Award in 2013.
Tom and Kay raised three daughters and enjoyed spending lots of time with their eight grandchildren. Tom loved taking vacations with the family and watching all of the various activities the kids participated in.
Tom's love for sports continued throughout his life, rarely missing a KU, Royals or Chiefs game. In retirement, he also enjoyed spending time in Palm Desert, CA, playing golf with friends and family.
He is survived by his wife of 54 years, Kay Jones, his daughters Suzanne (Ethan), Becky (Shane), and Mindy (Chris), and his eight grandchildren: Brady, Luke and Ellie; Mallory, Campbell and Baylor; Blake and Cami.
Tom was a faithful member of Christ Church Anglican for 50+ years. He had a confidence that he would live in eternity with his Heavenly Father. A Memorial Service will be held at Christ Church Anglican (5500 W 91st St, Overland Park, KS 66207) on Monday, October 11, 2021 at 2:30 pm. Tom will be interred at The Church of the Resurrection Columbarium in Leawood, KS.
In lieu of flowers, memorial donations may be made to KU Endowment in support of The School of Engineering, in memory of Thomas E. Jones. Send donations to KU Endowment, P.O. Box 928, Lawrence, KS 66044 or give online at www.kuendowment.org/eng

Published by Kansas City Star on Sep. 19, 2021.
To plant trees in memory, please visit the Sympathy Store.
MEMORIAL EVENTS
Oct
11
Memorial service
2:30p.m.
Christ Church Anglican
5500 W 91st St, Overland Park, KS
Funeral services provided by:
McGilley Memorial Chapel
MAKE A DONATION
MEMORIES & CONDOLENCES
Sponsored by Kansas City Star.
4 Entries
Jack and I are so sorry for the loss of your great husband. We've been thinking of you and hope you are surrounded by loving family and friends
Susie Kerwin
October 12, 2021
To the Family of Tom Jones, I had the joy of working with him throughout the last 10 years with my time at the Royals. Tom has always been so endearing and kind and when I called even though he was on the golf course in CA, letting me know about the nice weather vs. here in KC of course =) he always was happy to talk. My thoughts and prayers go out to the family at this time. Forever Royal!
Jamie Johnson
Work
September 20, 2021
He was an exemplary classmate and always friendly. Best wishes to his wife and family in your loss.
Cheryl Decker Davis
School
September 19, 2021
God's comfort for his family
Sharon (wilson) Schall
September 19, 2021
Showing 1 - 4 of 4 results