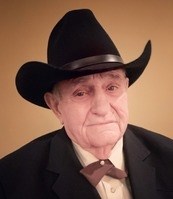 BORN
1939
DIED
2021
FUNERAL HOME
Olson Funeral and Cremation Services - Quiram Sycamore Chapel
1245 Somonauk St.
Sycamore, IL
UPCOMING SERVICE
Celebration of Life
Oct, 29 2021
11:00a.m.
Geneva United Methodist Church
Send Flowers
George Ennis 'Nice Guy' Chapman
Born: July 15, 1939 in Elgin, Ill.
Died: September 27, 2021 in Elgin, Ill.
George Ennis "Nice Guy" Chapman, 82, of Burlington, IL, died Monday, Sept. 27, 2021, at St. Joseph Hospital, Elgin, surrounded by his loving family.
Born July 15, 1939, in Elgin, the son of Frank and Helen (Roberts) Chapman Sr., he attended Burlington area schools and was in the 1958 class at Burlington Central High School.
George was a proud US Army Veteran, serving in the 101st Airborne Division in Germany, Korea, and Japan. He later served in the National Guard.
George met the love of his life Judith "Judi" Ann Blevins (of Geneva) at the 1963 Kane County Fair. Judi and George married on August 22, 1964, at the United Methodist Church of Geneva. Together, they raised their children in St. Charles, IL and Sycamore, IL. George and Judi had an adventurous spirit and lived in over a dozen homes in their nearly 52 year marriage. They made several cross -country moves to Arizona and Florida and loved making new friends. Eventually, Judi and George felt the call to come back to their Midwestern roots and settled in Burlington.
George was a hardworking man, with country roots. A cowboy at heart, he loved watching Western movies and going to horse auctions. He loved growing many vegetables in his garden - particularly squash, which he gave to friends, church sales, and his doctors. George was very close with his family and loved any get-together with food - he especially loved to bake his family pies. He was a great storyteller with a repertoire of funny tales and life lessons. He always took the time to teach people life skills - particularly his many nieces and nephews. Camping and traveling were some of his favorite times, especially his cross-country RV trips to Florida, California, and Boston.
George was a member of the United Methodist Church (UMC) in Burlington, and also attended the Geneva UMC with his wife. He was a member of Iron Workers Local 393 and owned KC Erectors, which was instrumental in the construction of FermiLab, various bridges throughout Northern Illinois, and several hospitals including Sherman Hospital in Elgin. Even after he retired he was called back to ironworking by companies that loved his work ethic.
George is survived by his daughters, Jil (James) Cottone of Sycamore and Robin (Ken) Harber of Berlin, MA; grandchildren, Alexandra Chapman of Burlington, Sammuel Cottone of DeKalb, IL, Benjamin Cottone of Apache Junction, AZ, and John Harber of Berlin, MA; siblings, Virginia Flores of Elgin IL, and Ennis (Ginee) Chapman, James (Wendy) Chapman, and Shirley (Mike) Hilleshiem all of Burlington IL; and many beloved nieces and nephews. He was predeceased by his wife, Judi, in 2016; son, Christopher Chapman; parents; four brothers Robert, Frank, Howard, and Roger Chapman; three sisters Evelyn Campbell, Mildred Johnson, and Carol Bakey.
The family extends special thanks to his granddaughter, Alexandra; daughter, Jil; sister, Shirley Hilleshiem; niece Sarah Dennis; and family friends, Joan and Dave Durovey, Jon and Heather Trebe, Claire Christensen, and Sarah Brown for all they have done to care for and support George and his family.
Donations for a memorial fund can be made to the family.
The celebration of George's life will be held at 11AM Friday, Oct. 29, 2021, at Geneva United Methodist Church, 211 Hamilton St., Geneva, IL 60134. Those attending are invited to wear yellow, George's favorite color. Interment will be held at the Burlington Union Cemetery at 10AM Saturday, Oct. 30, 2021. Masks are required. Visit www.olsonfh.com (for the Zoom link to the funeral service, or) to express a condolence.
Arrangements by Olson Funeral & Cremation Services, Quiram Sycamore, 1245 Somonauk St., Sycamore; 815-895-6589.