Michael was born in Aurora Il. December 24, 1966. His family move to Tulsa Oklahoma where they lived until 1983 when they moved back to Illinois. Michael finished out his Junior and Senior years at Batavia High school. He went on to Waubonsee Community College where he earned his Associates of Arts Degree and met his wife.

He and his wife, Kristy, loved to travel and took countless road trips. Many of them to follow their favorite band, The Tragically Hip, their Chicago Blackhawks, visiting old friends and some just to enjoy some great food.

He was a gifted and talented singer/ songwriter and musician and earned his living doing what he loved, performing.

He was very generous with his time and talent for fundraising and benefits for people in his community, friends and family.

He will be remembered for the great love he had for his family, his passion for music, his infectious smile, his kindness and his great ability to make everyone feel they had been his friend forever. He brought such joy and happiness to all who knew him.

A celebration of his life and his music will be held Saturday February 15th at Two Brothers Roundhouse, Aurora Il. 7pm-9pm Friends and family gathering. 9pm-12:30 am Live music featuring Michaels music performed by his band mates and friends.

He will be missed. The world is a little less musical.
Jon
Acquaintance
November 16, 2020
We were very sorry to hear of Michael's passing. We will always remember our Summer Pig Roast in 2006 as the Michael Heaton Band played for the event - the best party ever! Our thoughts and prayers are with you.
TJ and Sue Gardner
February 17, 2020 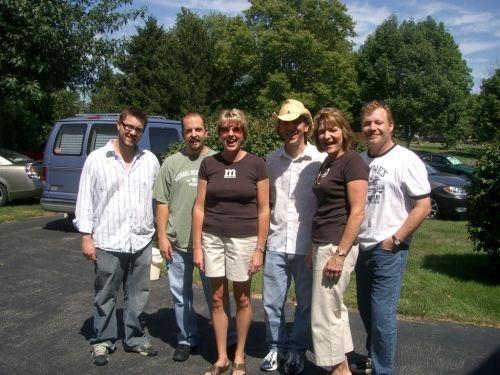