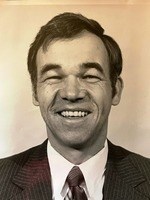 BORN
1938
DIED
2021
Richard Donald Knott
Born: May 22, 1938
Died: July 11, 2021
Richard Donald Knott, age 83 died July 11, 2021, in Parker, Colorado. His daughter Jennifer was with him as he passed. Richard (Dick) is survived by his wife Kari of almost 58 years; his son Chris and his wife Joanna of Parker, CO; his son Montgomery, living in Mexico City; his daughter Jennifer and her husband Steve of Highlands Ranch, CO and three grandchildren — Katie and Andrew Sandwisch and Veronica Knott. One aunt Eleanor Hopley of Colorado Springs, his brother Bill and wife Sharon of Batavia, IL, and his sister Sue Hill of Cherry Hills, NJ.
He was preceded in death by his parents Rose and Dick Knott and sister Pat Renner.
He was born in Geneva, IL, on May 22, 1938, and was a proud graduate of Geneva High School in 1956 where he was class president and played varsity basketball and baseball. Dick received his bachelors and MBA at Northwestern University and was a member of the Lambda Chi Alpha fraternity. He served three years in the Army at Fort Sam Houston in San Antonio, TX where became certified in early computer programming.
After an introduction from an Army friend and a swift courtship, he married St. Charles native Kari Satterwaite in 1963. They settled near the army base and had their first son Chris there.
After leaving the service, they settled in their first house in St. Charles, IL, where Montgomery and Jen were born. Dick worked at Quaker Oats, playing a pivotal role in computerizing the company's inventory and ordering system. He commuted by train to downtown Chicago and a move to the country town of Wasco made his commute even longer.
Because of the long commute, he and Kari decided to move to Dallas, TX in 1977, where he first worked for the LTV Corporation and later for the legendary Hunt brothers, becoming President of Hunt Electronics in Plano, TX. They bought a new house in Dallas and had a pool built — a great success with the kids. After 3 1/2 years in Dallas, the Hunts promoted Dick to Vice President of Finance (CFO) at Great Western Sugar in Denver, CO, and the family moved to Littleton in 1980, where they lived for 17 years.?
Dick's next and final job was as the beloved Vice President of Power Equipment in north Denver. He was part-owner and chief financial officer of the highway equipment business until his retirement at the age of 54 in 1992.
As empty-nesters, in 1997 Dick and Kari moved to the warmer climate of Prescott, AZ where they built their second house "from scratch" — a beautiful house, town, and friends, but Kari missed Colorado. They moved to Colorado for one year, then back to Prescott before settling in Glendale, AZ for 3 years. But eventually Colorado called again, so they returned to Parker, CO where they lived for the last 12 years of his life. By then, Chris and Jennifer and their families all lived within 25 minutes — while Montgomery took his cinema/dining project around the US, Spain, and Mexico.
Besides his successful career as a corporate executive, Dick was actively involved in the education (and coaching) of his three children. Road trips were an annual tradition and the family visited 30+ states together. Dick and Kari loved to travel, with and without the kids. He loved watching sports and was very present with the grandkids as they grew up.
In 2014, Dick was diagnosed with Myasthenia Gravis, an autoimmune disease. For his final two years, Dick had daily home care assistance from Dan Kelly, who became a close friend. Dan was patient, alert for problems, and talked about everything with Dick, reminiscing about friends, places traveled, and lamenting the state of Denver's sports teams.
Dick and his youngest sister Sue were close and regularly caught up on each other's families through long phone calls. Dick and his brother Bill talked frequently and had lively conversations. In his final days, it brought Dick great joy to have Bill and his wife Sharon visit him from Illinois, sharing memories and providing familial comfort.
Full Army flag and bugle service honored Dick at his funeral. Services were held Monday, July 19th in Centennial, CO, attended by family and Dick's caregiver Dan and wife Lisa. 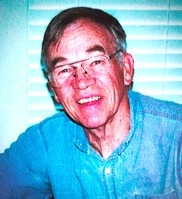 Published by Kane County Chronicle from Aug. 2 to Aug. 5, 2021.
To plant trees in memory, please visit our Sympathy Store.
MEMORIAL EVENTS
To offer your sympathy during this difficult time, you can now have memorial trees planted in a National Forest in memory of your loved one.
MAKE A DONATION
MEMORIES & CONDOLENCES
1 Entry
Thank you for this heart-felt message. It was nice to learn more about our cousin Dick. Our mom, Ellie Knott Hopley will miss him, as will I and all my sisters. Rest in Peace cousin Dick.
Sara Hopley Boatz
Family
August 9, 2021
Showing 1 - 1 of 1 results