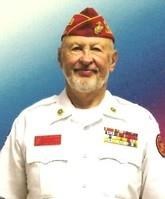 BORN
1941
DIED
2021
FUNERAL HOME
Moss Family Funeral Home - Batavia
209 South Batavia Avenue
Batavia, IL
Robert Anthony Brockmann
Born: July 28, 1941 in Berwyn, IL.
Died: September 3, 2021 in Naperville, IL
Robert Anthony Brockmann, 80, of North Aurora, Il., passed away on Friday, September 3, 2021, at Seasons Hospice of Naperville. Robert was born on July 28, 1941, in Berwyn, IL., the son of Anthony and Ann (nee. Ernst) Brockmann. He was united in marriage to Judith Valenta on May 28, 1966, in Hillside, Il.
Bob worked retail at Sears Roebuck in Oak Brook and retired as receiving manager with 23 years of service. After a move to Batavia, he worked for The Home Depot and retired with 22 years of service.
His family was especially proud of him when he earned his paramedic license while serving in the Berkeley Fire Department in his off-work time for 15 years. Neighbors would watch him run through backyards or jump fences to be on the first vehicle out of the station. Working with the BFD sparked the desire to pursue his EMT and Paramedic license. And he spent a few years working the ER at Elmhurst Hospital, earning an employee of the month award.
In leisure time, Bob loved flea marketing for his collection of breweriana. He was a member of the National Association of Breweriana Advertising, serving as an officer and chair of conventions. This afforded the family great vacations to so many states, and the children loved meeting all those new friends every year.
Bob loved to be with others. He actively participated in Marine Corps activities with detachments from DuPage County Marines and Fox Valley Marines. He was Jr. Vice Commandant and Paymaster for several years and chairman of the Marine Corps Birthday Ball for many years. He earned the Marine of the Year award. Bob lived and loved being a Marine.
Robert is survived by his loving wife, Judith Brockmann; his children, Darlene (John) Lohenis and Daniel (Cheryl) Brockmann; his eight grandchildren; his five great-grandchildren; his two brothers, David (Valerie) Brockmann and John (Kathy) Brockmann; several nieces and nephews.
He was preceded in death by his parents; his daughter, Dawn Salinas.
Visitation will be held from 4:00 P.M. until 8:00 P.M. on Wednesday, September 8, 2021, at Moss Family Funeral Home, 209 S. Batavia Ave., Batavia, IL. 60510. Funeral services will begin at 9:15 A.M. on Thursday, September 9, 2021, with prayers at the funeral home. Mass will follow at 10:00 A.M. at Holy Cross Catholic Church, 2300 Main St, Batavia, IL 60510. Interment will be held privately at Queen of Heaven Catholic Cemetery in Hillside, IL.
In lieu of flowers memorial donations may be made to Holy Cross Catholic Church for Masses to be said in Roberts name.
For additional information, please contact Moss Family Funeral Home at (630) 879-7900 or www.mossfuneral.com