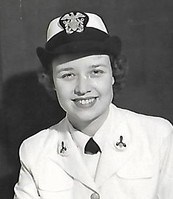 BORN
1921
DIED
2021
FUNERAL HOME
Moss Family Funeral Home - Batavia
209 South Batavia Avenue
Batavia, IL
Ruth Drover Burnham
Ruth Drover Burnham, 100, a World War II veteran and longtime Batavia volunteer dedicated to serving community and church, died of natural causes Friday morning, July 9, peacefully at her residence at the Holmstad Retirement Community in Batavia.
Mrs. Burnham was born in Elgin in 1921 to Ethel and Percy Drover and raised in Barrington, the fourth of five children. Her father, an English immigrant, and her mother, a grade school teacher in Chicago, met in Saskatchewan, where he homesteaded in a sod house on the Canadian prairie as a young man.
Mrs. Burnham graduated from Barrington High School in 1938. Having come of age during the Great Depression, she was later fond of saying, "Everything after that was a gift."
A graduate of the University of Illinois with a B.S. in Home Economics, she enlisted in the WAVES in 1942, where she served as a recruiter. While stationed in Kansas City, Missouri, she met her future husband, Joseph Burnham. In 1943, they became the first reserve Ensigns to marry in the Navy, and they moved to Palatine, Illinois, shortly after the war.
In 1955, Mr. and Mrs. Burnham brought their family to Batavia, where they purchased a two-story Greek Revival house built a century before. They raised four sons and a daughter in this historic home on Main Street. Mr. Burnham, who was chief executive officer of Marshall Field and Company in Chicago, died in 1977.
Mrs. Burnham's commitment to volunteer service was untiring. She was an active member of the Batavia Historical Society and the Batavia Foundation for Educational Excellence. She served on the Council on Aging, which was instrumental in building Riverain Point Apartments and in establishing the RSVP volunteer program. She was chairman of the Retired Senior Volunteer Program and a member of the Blue Ribbon Committee responsible for moving and renovating the old CB&Q railroad Depot. In 1992, she was declared Batavia's Citizen of the Year for her wide-ranging community work.
For more than half a century Mrs. Burnham was a devoted member of the Batavia Congregational Church, whose sanctuary, built in 1856, the same year as her Main Street home, is still standing. She played a key role in designing the steeple erected in the 1970s to replace the original one, lost in a storm a hundred years before. In 1985, she was chairman of the Sesquicentennial Celebration Committee and in 2004 was a member of the building committee for the new addition.
Mrs. Burnham, who traveled as far afield as London, Cairo, Athens, St. Petersburg, and Beijing, both as a wife and a single, was quietly cosmopolitan. But she never lost her affection for the Fox Valley. She lived almost her entire life in small towns, often noting how deeply enriched she was by the experience.
Proud of belonging to "the greatest generation," Mrs. Burnham once wrote that "embracing a cause—making a difference—gives a perpetual spark to one's life journey," a credo that served her for a lifetime.
Survivors include three sons, Bruce, Philip, and Gregory; a daughter, Ann; four grandchildren, Alec, Thomas, Kate, and Max; three great grandsons, Colin, Deacon, and Jack, and two great granddaughters, Maren and Emilia. One son, Stephen, preceded her in death in 2016.
A memorial service will not be held immediately. In the fall, when circumstances will better allow a gathering of friends and family, a service will be held at the Congregational Church of Batavia at a date and time to be announced later.
Memorials may be directed to the Batavia Congregational Church and to Garfield Farm Museum, P.O. Box 403, La Fox, IL.
For additional information, please contact Moss Family Funeral Home in Batavia at (630) 879-7900.

To plant trees in memory, please visit our Sympathy Store.
Published by Kane County Chronicle from Jul. 12 to Jul. 15, 2021.
MEMORIAL EVENTS
No memorial events are currently scheduled.
To offer your sympathy during this difficult time, you can now have memorial trees planted in a National Forest in memory of your loved one.
Funeral services provided by:
Moss Family Funeral Home - Batavia
MAKE A DONATION
MEMORIES & CONDOLENCES
Sponsored by Moss Family Funeral Home - Batavia.
4 Entries
Ruth Burnham was definitely a wonderful representative of our nation's greatest generation. What a legacy she left and what a loss to her family and to Batavia.
Nancy Bendure
Friend
July 13, 2021
We are sorry for your loss. We have fond memories of being fellow church members with RUTH at the Congregational Church of Batavia.
Carolyn and Stanley Oke
Friend
July 11, 2021
If each of us could accomplish only 10% of what Ruth-your mom, grandmother, and great grandmother -, we would change the world to be more embracing of each other and our history. You have been blessed by her influence and so have we.
Barbara A. Kalina
Friend
July 11, 2021 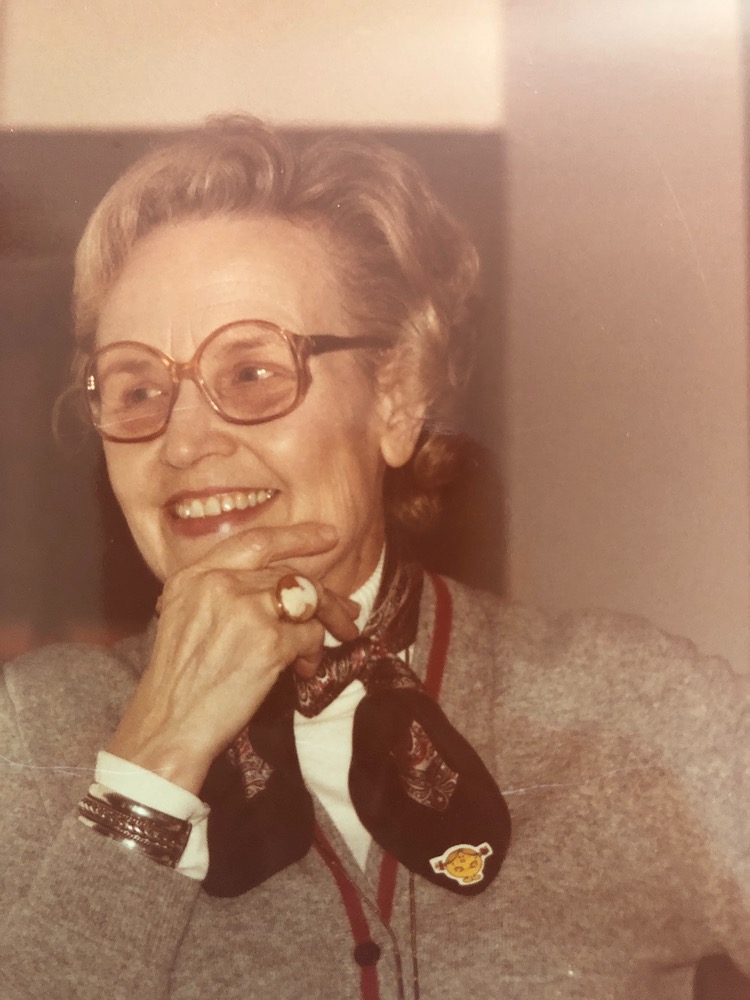 Ruth Burnham - a woman who I came to love, respect and admire for all the unique ways she gave of herself to her family, friends, community and church. The Lord has welcomed you to His home, for a job so well done. Love, Mary
Mary Paine Gillen
July 11, 2021
Showing 1 - 4 of 4 results