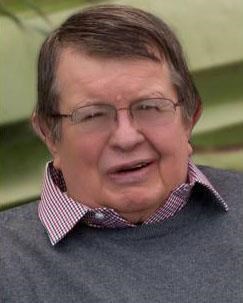 BORN
1949
DIED
2021
FUNERAL HOME
Chapel of Memories
9001 Arbor St.
Omaha, NE 68124
OMAHA - Dan Else, 72, of Omaha, formerly of Gothenburg, died peacefully Tuesday, May 11, 2021, surrounded by his family at Creighton University Medical Center - Bergan Mercy Hospital in Omaha.
A memorial service will take place in Omaha at 4 p.m. Wednesday at St. Andrew's United Methodist Church, 15050 West Maple Road, Omaha, with the Rev. Mandy Buss Barkhaus officiating. This service is available for online streaming at www.standrewsomaha.net.
A celebration of life service will be held in Kearney this summer.
Dan was born Jan. 30, 1949, in Kearney to Arthur E. and Lois (Marshall) Else. Following the death of his father in 1952, he was raised by his mother and stepfather Clarence G. Rahmann.
Dan graduated from Kearney High School in 1967. He heroically served his country in the United States Army during the Vietnam War from 1968 to 1971 as a Green Beret paratrooper, where he earned the Bronze Star, Purple Heart, National Defense Service Medal, Vietnam Service Medal with two Bronze Service Stars, Republic of Vietnam Campaign Medal and Sharpshooter Badge.
In 1971, Dan married his high school sweetheart, Trudy Martin. Together with their three daughters and one son, they led a whirlwind life full of creative adventures that included baseball games, 4-H projects, Odyssey of the Mind tournaments, horse and sheep shows, community theater volunteering and more. Dan followed his family on whatever escapade that came their way. His happiest moments were at the ballfield or on the lake, spending time with his family.
Agriculture was the center of Dan's career. He worked in the cattle industry, primarily as a feedlot manager, for 43 years in companies throughout Nebraska and Colorado and was a member of Colorado Cattlemen's Association and Dawson County Cattlemen. The family lived 30 years in Gothenburg, before Dan and Trudy retired in 2013 to Omaha. In the final years of his life, Dan enjoyed living near his nine grandchildren in Omaha, cheering them on at ball games, theatrical productions, skating competitions, dance recitals and other activities. Many special memories were made while fishing, spending time with animals, enjoying Storm Chasers baseball games at Werner Park, and being together with grandpa at Standing Bear Lake. Dan was a member of St. Andrew's United Methodist Church in Omaha and a member of VFW Post 1581 in Bennington.
Survivors include his wife Trudy (Martin) Else of Omaha; daughter Kori (Eric) Radloff and grandchildren, Rachel and Skyler of Omaha; son Robert (Christina) Else of Omaha and grandchildren, Maggie, Josh, Natalie, Emily and Abby; daughter Sara (Blair) Riffel of Omaha; and daughter Rebecca Else and granddaughters, Alexis and Addison of Omaha; half-sisters, Catherine Rahmann of Omaha and Sherry Curtis of Colorado Springs, Colorado, Shelley Mortimer of Saratoga Springs, Utah, and Bonnie Wheeler of Otis, Colorado.
Dan was preceded in death by his father, Arthur Else; mother, Lois Rahmann; and stepfather, Clarence Rahmann.
Dan loved all animals and imagined regaining his health to volunteer at the zoo to be around animals once again.
Memorial donations may be made to Omaha's Henry Doorly Zoo via the Omaha Zoo Foundation at https://donate.omahazoofoundation.org/give (please indicate a gift in memory of Dan Else) to establish a commemorative bench for all to visit for years to come.
Visit chapelofmemories.com/obituaries/ to leave condolences.

To plant trees in memory, please visit our Sympathy Store.
Published by Kearney Hub on May 15, 2021.
MEMORIAL EVENTS
May
19
Memorial service
4:00p.m.
St. Andrew's United Methodist Church
15050 West Maple Road, Omaha, Nebraska
Funeral services provided by:
Chapel of Memories
MEMORIES & CONDOLENCES
Sponsored by Chapel of Memories.
1 Entry
Trudy you have my sincere sympathy. I live- streamed the beautiful service for Dan yesterday. You are in my thoughts and prayers. Blessed are they that mourn for they shall be comforted.
Connie Schroder Coatman
School
May 20, 2021