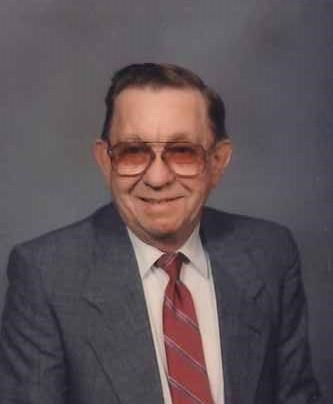 BORN
1933
DIED
2021
FUNERAL HOME
Rasmussen Funeral Home
311 Grand Ave
Ravenna, NE
PLEASANTON - Darold R. Dauel, 87, of Pleasanton died Tuesday, July 20, 2021, at his home in Pleasanton.
Services will be 10:30 a.m. Friday at Grace Lutheran Church in Pleasanton. The Rev. Dean Hanson will officiate.
Burial will be at Pleasanton Cemetery.
Visitation will be 5-7 p.m. today at the church. Rasmussen Funeral Home in Ravenna is in charge of arrangements.
--
Darold Ray Dauel was born Dec. 7, 1933, southeast of Pleasanton to Christian and Lillie (Rodehorst) Dauel. He attended school in rural Buffalo County at Sunflower School and District 26. He graduated from Pleasanton High School in 1951.
Following graduation he farmed in the Pleasanton area before enlisting in the U.S. Army. He served April 6, 1954, to Feb. 20, 1956.
He married Barbara Hadwiger on March 31, 1957, at Grace Lutheran Church in Pleasanton. They celebrated 64 years of marriage in March 2021. They made their home on a farm near Riverdale before moving to the family farm in 1959. They moved to Pleasanton in 1966.
Darold worked at numerous jobs before becoming an aircraft mechanic. He worked as an aircraft mechanic at Grand Island Aviation for more than 30 years.
He was a member of Grace Lutheran Church, he had served on the Pleasanton School Board and Pleasanton Village Board and was a past member of the Pleasanton Fire Department.
He enjoyed hunting and fishing and spending time with his family.
Survivors include his wife Barbara of Pleasanton; sons, Dan (Lois) Dauel of Kearney and Doug (Diane) Dauel of York; daughters, Denise Mingus of Ravenna and Dayna (Ted) Eichholz of Pleasanton; grandchildren, Justin (Heather) Dauel of Kearney, Adam Dauel of La Vista, Melissa Dauel of Kearney, Devin (Shabella) Dauel of Atlanta, Georgia, Derek Dauel of York, Kelsie (Rastus) Snow of Litchfield, Ryan (Megan) Mingus of Kearney and Lillie Eichholz and Josie Eichholz of Pleasanton; great-grandchildren, Zachary Dauel, Rebekah Dauel, Michael Dauel, Olivia Dauel, Hattie Snow and Silas Snow; brothers, Edward (Bernadine) Dauel and Don (Sharon) Dauel; and son-in-law, John Eynetich.
He was preceded in death by his parents; daughter Debra Eynetich; sisters, Dorathy Lindner and Wanda Unick and brother, Robert Dauel.
He will be greatly missed by his family and friends.
Memorials are suggested to Pleasanton Fire and Rescue and AseraCare Hospice.
Visit rasmussenfh.com to leave condolences.
To plant trees in memory, please visit our Sympathy Store.
Published by Kearney Hub on Jul. 22, 2021.
MEMORIAL EVENTS
Jul
23
Service
10:30a.m.
Grace Lutheran Church
, Pleasanton, NE
Funeral services provided by:
Rasmussen Funeral Home
MAKE A DONATION
MEMORIES & CONDOLENCES
Sponsored by Rasmussen Funeral Home.
2 Entries
so sorry for you loss prayers to the families.
MARC KRUEGER
Friend
July 25, 2021
Barb, so sorry to see Darold's passing. I had hoped to see you when we were in Pleasanton in May but the weather drove us out. I want you to know that you and the family is in our prayers. Cousin Ardith
Lloyd and Ardith Ray
Family
July 22, 2021
Showing 1 - 2 of 2 results