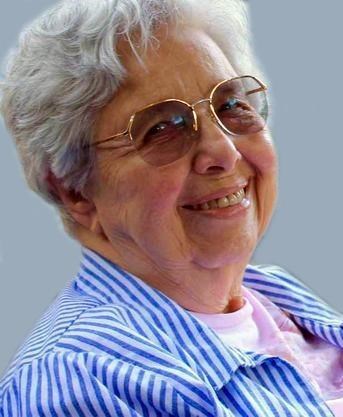 BORN
June 26, 1928
DIED
November 15, 2020
KEARNEY - June M. Campbell, 92, of Kearney died Sunday, Nov. 15, 2020, at Good Samaritan Society – St. John's in Kearney.
At her request she will be cremated; a memorial service will be scheduled later.
Horner Lieske McBride & Kuhl Funeral and Cremation Services in Kearney is in charge of arrangements.
--
June Marie Dawson was born June 26, 1928, to John Isaac Dawson and Grace Ellen (Pfund) Dawson in Wayne, where she grew up and attended high school. June attended Wayne State Teachers College, studying journalism and graduating with an education major.
She married Jack L. Campbell in 1949. The couple moved from Lincoln to Kearney in 1962 when Jack joined the teaching staff at then-Kearney State College, where he eventually became a department head and professor of education.
June was active for many years in the League of Women Voters, bridge clubs, the Red Cross and Kiwanis. An avid bowler, she competed in local leagues and once attended the USBC Women's Championships with her team. She also volunteered many hours working in the Good Samaritan Hospital gift shop, where she contributed her bookkeeping skills.
In her later years she found time to travel. Her adventures included whale-watching, visiting Ireland, touring Alaska's Inside Passage aboard a converted tugboat, venturing aloft in a hot air balloon in Kenya and attending her daughter Jodi's wedding in La Adrada, Spain.
June loved books, especially mysteries, and kept a shelf of reading material near her favorite chair, along with newspapers that would not be discarded until she had finished the crossword puzzle. She enjoyed chatting on the phone with her grown children, who eventually learned not to call during "Jeopardy!"
Survivors include a sister, Mildred Titgemeyer of Andover, Ohio; children, Kenneth (Susan Ballenger) Campbell of Sacramento, California, Cheryl (Tom) Wiensch of Rhinelander, Wisconsin, Chuck (Gwen) Campbell, full-time RVers living in Nebraska and Texas; Patty (Dan) Scarborough of Geneva, Michael (Laura) Campbell of Omaha, and Jodi (Juan Carlos) Sola of Fort Worth, Texas; eight grandchildren; 12 great-grandchildren; and a host of friends and bridge partners.
She was preceded in death by her husband, Jack, in 1997 and by three sisters and three brothers.
In lieu of flowers, June's wish was for contributions to the Dr. Jack Campbell Memorial Scholarship for Special Education at UNK.
Visit www.hlmkfuneral.com to leave condolences online.

To plant trees in memory, please visit our Sympathy Store.
Published by Kearney Hub on Nov. 20, 2020.
MEMORIAL EVENTS
No memorial events are currently scheduled.
To offer your sympathy during this difficult time, you can now have memorial trees planted in a National Forest in memory of your loved one.
Funeral services provided by:
Horner Lieske McBride & Kuhl Funeral Home
GUEST BOOK
0 Entries
Be the first to post a memory or condolences.