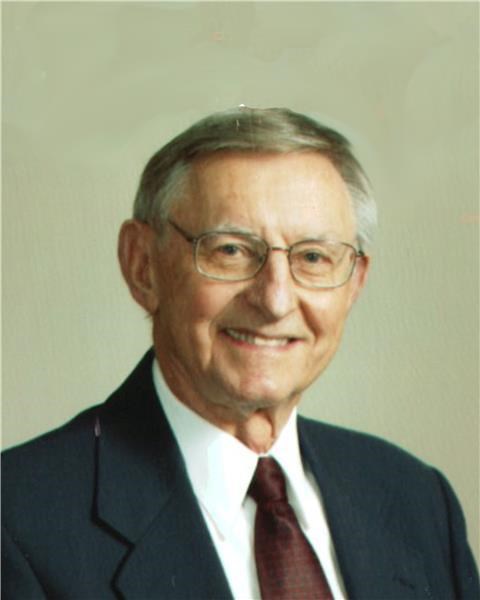 BORN
1933
DIED
2020
KEARNEY - Lynn Johnson, 86, of Kearney died Thursday, Nov. 12, 2020, at CHI Health Good Samaritan Hospital in Kearney.
Private family memorial services will be 10:30 a.m. Monday at First Lutheran Church in Kearney with the Revs. Dr. Rick Carlson and Dr. Michelle Holley Carlson officiating. The service will be livestreamed through the First Lutheran Church website at https://firstlutherankearney.org/watch-live/
The public is invited to a time of remembrance 4-6 p.m. Sunday at O'Brien Straatmann Redinger Funeral Home in Kearney. Due to concerns over COVID-19, the family will not be present but encourages anyone that would like to pay their respects to please attend.
--
Lynn Johnson was born Dec. 20, 1933, in Wausa to Albin and Ethel (Lingren) Johnson. Lynn graduated from Norfolk High School in 1953.
In 1955, he graduated from Luther College in Wahoo. hile attending Luther College he lettered in four sports. Lynn proudly served in the U.S. Army from 1955, where he was mainly stationed in Germany, until his honorable discharge in 1957. He then attended Midland University where he lettered in football and basketball. Lynn graduated from Midland University in 1959.
On Aug. 13, 1961, he married Bernadene Havekost at St. John's Ridgely Church in Scribner. Lynn taught for Papillion Public Schools and Gretna Public Schools. He received his master's degree in 1965 and his doctorate in 1969 from the University of Nebraska. From 1969 to 1999 he taught in the College of Education at the University of Nebraska at Kearney, serving the roles of classroom professor, department chair and associate dean of the College of Education. He was a member of various educational groups.
Lynn served on the Midland University Board of Trustees, Kearney Area United Way Board, Kearney Public Library Advisory Board and Foundation, the Kearney Area Literacy Council, Good Samaritan Society, the Senior Volunteer Advisory Council and the Civil Service Commission of the city of Kearney. He received the Educator of the Year Award from the Nebraska State Council for the Social Studies. Lynn also was the recipient of distinguished alumni awards from Luther Junior College and Midland University. He also volunteered at Good Samaritan Hospital, at the Great Platte River Road Archway and for Meals on Wheels.
Lynn was a member of First Lutheran Church where he served on the Church Council and various other committees.
Survivors include his wife, Bernadene Johnson of Kearney; son, David Johnson of Hastings; daughter, Stacy (Douglas) Buescher of Lincoln; grandchildren, Matthew (Sarah) Buescher of Lincoln and Sarah (Jacob) Hanus of Olathe, Kansas; great-grandson, Isaiah Hanus of Olathe, Kansas; brother-in-law, Loren (Dianne) Havekost of Blair; nephew, Dan (Donell) Johnson; nieces, Stephanie (Andy) Weissinger, Lori (Mike) Quakenbush, Leigh (Aaron) Koehn and Karen (Joe) Howell all of Omaha.
Lynn was preceded in death by his parents; brother, Willard Johnson, and sister-in-law, Eloyse Johnson.
The family would like to thank everyone for their kindness, support and prayers during this difficult time.
In lieu of flowers, memorials are suggested to the Lynn Johnson Scholarship at the University of Nebraska at Kearney, First Lutheran Church or Kearney Volunteer Fire Department. Visit www.osrfh.com to leave condolences online.
To plant trees in memory, please visit our Sympathy Store.
Published by Kearney Hub on Nov. 14, 2020.
MEMORIAL EVENTS
Nov
15
Memorial Gathering
4:00p.m. - 6:00p.m.
O'Brien-Straatmann-Redinger Funeral Home
4115 Ave. N P.O. Box 2344, Kearney, NE 68847
Nov
16
Memorial service
10:30a.m.
First Lutheran Church
livestreamed through the First Lutheran Church website, Kearney , Nebraska
Funeral services provided by:
O'Brien-Straatmann-Redinger Funeral Home
GUEST BOOK
4 Entries
Oh Bernie, my heart is breaking! Lynn was one of the most wonderful people I have ever known! He was an awesome boss and an awesome colleague! He will be missed! Please know that you and your family are in my prayers!
Connie Cox
Friend
November 16, 2020
Thank you for your Service May you be Granted the Caisson of Honor on your journey to a Restful Peace
Francis Durham VFW Dist 10 Chaplain
November 16, 2020
I am deeply sorry to hear of your loss. My family's prayers and thoughts are with you during this times of grief. Although we didn't spend much time together, I remember Lynn well from my childhood in Kearney. May God's peace be with you all.
Elizabeth (Larkowski) Overturf
November 15, 2020
Bernie, we were shocked to read of Lynn´s passage and are thinking of you and your family during this time. Lynn was a fine man that we held in highest regard. He was my advisor at KSC and a very good friend of Jim´s from Luther.
Helen and Jim Karloff
November 15, 2020