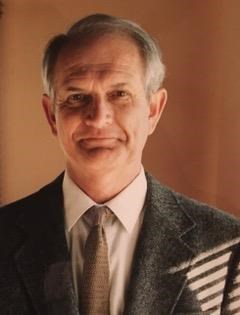 BORN
1931
DIED
2020
FOUNTAIN HILLS - Melvin D. (George) Wattles, 88, of Fountain Hills, Arizona, died Wednesday, Nov. 11, 2020, at Fountain Hills. Family meant everything to him and they were there when he passed on.
There will be a memorial in Kearney honoring Mel later in the spring when, hopefully, travel is safer.
--
Melvin D. (George) Wattles was born in Kearney on Dec. 2, 1931, to Melvin A. and Vera (Rowe) Wattles.
His strong work ethic began as a 12-year-old working at the shoe shine parlor on Central Avenue, and in his high school years at The World Theatre and the Fort Kearney Hotel where celebrities often came through. As a little boy, he was excited to see the great airplanes headed to war from the Kearney Air Force Base. He developed his lifelong love of cars working at a gas station and a used car lot in high school.
He began military training for the Air Force at Lackland Air Force Base in Texas during the Korean War and later was stationed at the Denver Air Force Base as an instructor of card punch IBM machines.
In 1956, he graduated from UNK where he earned his bachelor's degree in education, later to achieve his master's in education. His 36-year high school teaching career included Gibbon, Amherst and KHS. He was honored with the Nebraska Industrial Arts Teacher of the Year Award. His greatest teaching achievement was the Construction Tech class he developed at KHS where he designed and built 17 houses with students. He taught young men the skills of house building, pride in craftsmanship and responsibility.
He presented himself with a challenge by designing and building his own nine homes, including the A-Frame, one of the few in Nebraska. Many other homes in Kearney were designed by him.
In his retirement, he started an online business, RadioAge.com restoring antique radios that were sold all over the world.
He supported Virginia's desire to be a full-time artist often building her frames and doing everything he could to support her art. His good times with pals at McDonald's kept him laughing every morning. Mel and Virginia moved to Arizona to be near their daughter and grandsons.
Survivors include his wife, Virginia Wattles of Fountain Hills, Arizona; daughter, Kelli Lawhead of Fountain Hills, Arizona; son, Todd M. Johnson of Washington, D.C.; grandsons, Grant Urbom of Fountain Hills, Arizona, Alex Urbom, of Los Angeles; and granddaughter, Kate (Johnson) Salokorpi of Santa Barbara, California.
He was preceded in death by his parents, Melvin A. and Vera Wattles.
In lieu of flowers, donations can be made in his name to the Kearney Area Animal Shelter. Mel always had a dog or two in his home.
Messinger Mortuaries in Fountain Hills, Arizona, is in charge of arrangements.
Visit www.messingermortuary.com to leave condolences online.
To plant trees in memory, please visit our Sympathy Store.
Published by Kearney Hub on Nov. 14, 2020.
MEMORIAL EVENTS
No memorial events are currently scheduled.
To offer your sympathy during this difficult time, you can now have memorial trees planted in a National Forest in memory of your loved one.
Funeral services provided by:
Messinger Mortuaries
GUEST BOOK
0 Entries
Be the first to post a memory or condolences.