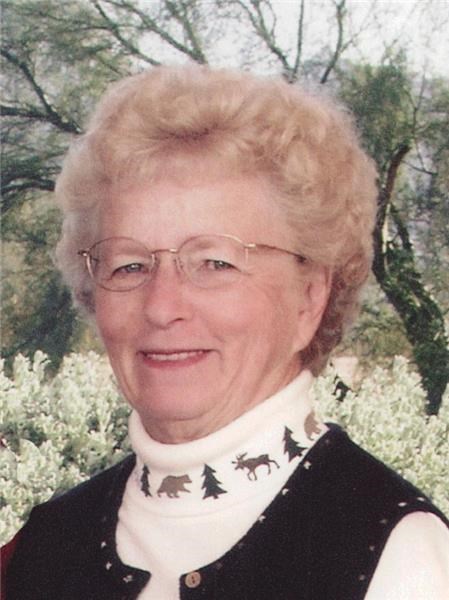 FUNERAL HOME
O'Brien-Straatmann-Redinger Funeral Home
4115 Ave. N
Kearney, NE
KEARNEY - Nora Dyer, 89, of Kearney died Saturday, Oct. 23, 2021, at St. John's Nursing Home in Kearney.
Funeral services will be 10 a.m. Friday at United Church of Sumner with the Rev. Ken Hutson officiating.
Burial will follow at Sumner Cemetery.
Visitation will be 5:30-7 p.m. Thursday at O'Brien Straatmann Redinger Funeral Home in Kearney.
--
Nora Ellen Blumanhourst Dyer was born Dec. 11, 1931, to Alfred and Rachel (Mason) Blumanhourst at Sumner. They moved to the farm west of Sumner when she was 3, attending Jewel Country School through sixth grade. Her teacher was Marge Pierce. Then she attended Sumner High School. Upon graduation, she worked at the Buffalo County Courthouse in the treasurer's office.
On Nov. 9, 1949, she married Vernon Dyer at First United Methodist Church in Lexington. They lived on a farm near Sumner until they purchased Dyer Tavern, which they owned for 21 years. Born to their marriage were Betty (Eggers), Robert (Janet Hagan) and Rhonda (Douglas King). After selling the tavern in 1971, Nora worked in Kearney a year at Central Typewriter, then at the Dawson County Courthouse 21 years for the surveyor's office, and the weed control.
She volunteered for school activities and was active in the Jolly Janes Club (a Sumner community service and social group), and the Legion Auxiliary. She was the first president of the Sumner Alumni Association and served on the Selective Service Board for 20 years at the local and district levels. She was also a caregiver for relatives, friends and neighbors. With her sewing and needlework talents, she enjoyed making quilts, tablecloths and baby blankets for family members and friends. She also enjoyed her flowers and took care of large vegetable gardens and was known for making pies. Vernon and Nora enjoyed country music and dances at Miller Hall. They learned to square dance and enjoyed playing cards.
They were devoted grandparents attending many of their grandchildren's events as they grew. Many family outings involving hunting, fishing and camping. They each won several "Master Angler" Awards. They also enjoyed traveling in their fifth-wheel, taking it south for the winters 1995-2001 and then finally owning a winter home in Arizona (2002-2010). Their Sumner home had extensive fire damage in 2008, which led them to move to Kearney.
Survivors include her children, Betty Eggers, Robert (Janet Hagan) Dyer and Rhonda (Douglas King); brother, Dean (Lorraine) Blumanhourst; sisters, Elsie Dockweiler and Doris Dockweiler; sisters-in-law, Merna Blumanhourst, Doris Blumanhourst, Donna Dyer, Jan Dyer and Pat (Keith) Scoville; eight grandchildren; 15 great-grandchildren; one great-great-grandchild; as well as many other nieces, nephews, relatives and friends.
She was preceded in death by her husband, Vernon Dyer; parents, Alfred and Rachel Blumanhourst; brothers, Alfred and Alvin Blumanhourst; brothers-in-law, Don Dockweiler, Dan Dockweiler, Wayne Dyer, Dick Dyer and Jim Dyer; sister-in-law, Mary Dyer; son-in-law, Gordon Eggers.
Memorials are suggested to the United Church of Sumner or Sumner American Legion Post 41.
Visit osrfh.com to leave condolences.
Published by Kearney Hub on Oct. 26, 2021.
To plant trees in memory, please visit the Sympathy Store.
MEMORIAL EVENTS
Oct
28
Visitation
5:00p.m. - 7:00p.m.
O'Brien-Straatmann-Redinger Funeral Home
4115 Ave. N P.O. Box 2344, Kearney, NE
Oct
29
Funeral service
10:00a.m.
United Church of Sumner
NE
Oct
29
Burial
Sumner Cemetery
NE
Funeral services provided by:
O'Brien-Straatmann-Redinger Funeral Home
MAKE A DONATION
MEMORIES & CONDOLENCES
Sponsored by O'Brien-Straatmann-Redinger Funeral Home.
5 Entries 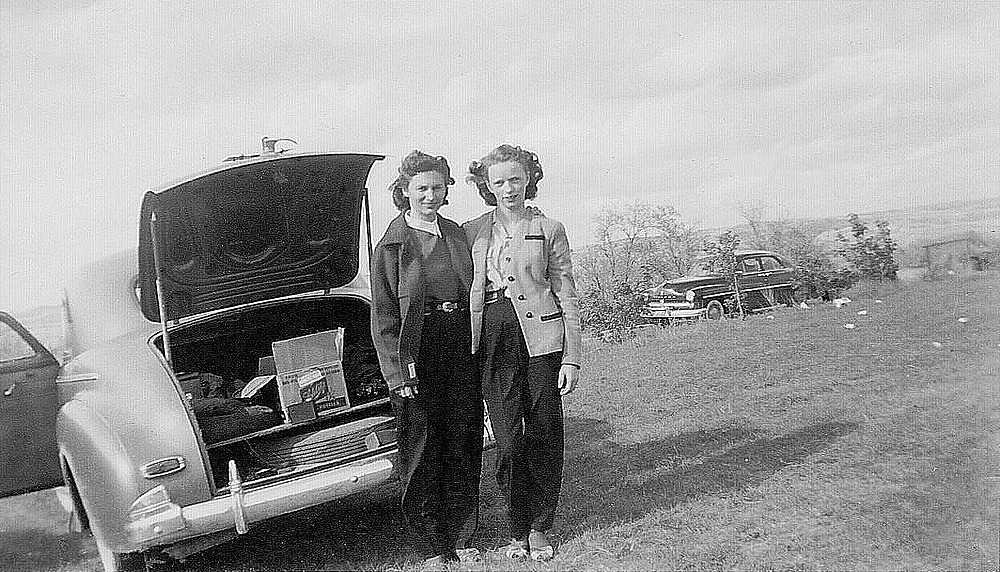 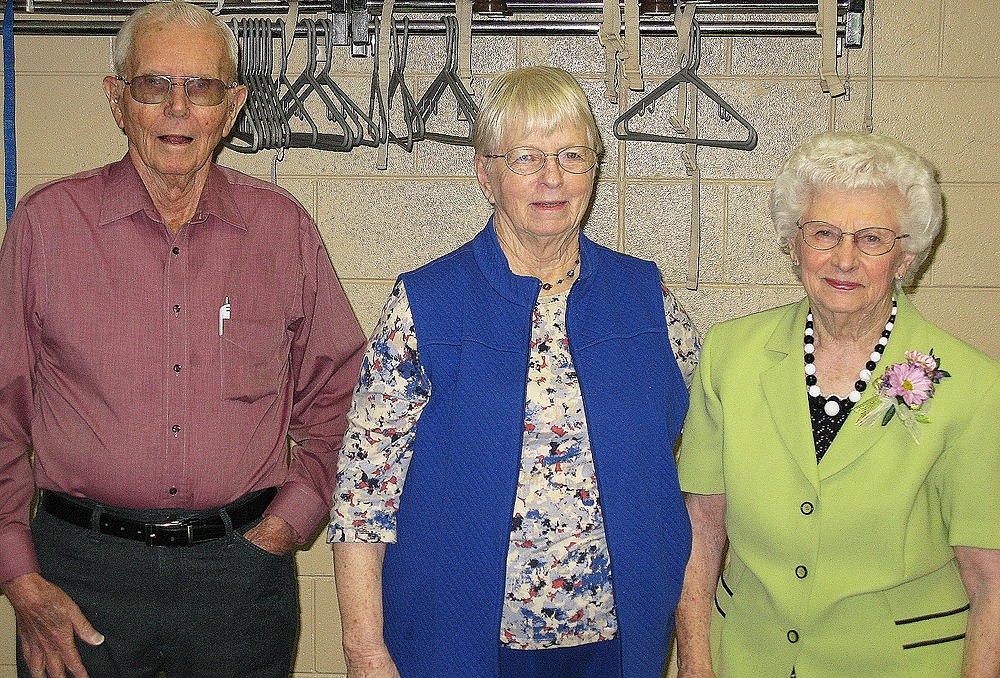 Randy D Enochs
Friend
October 28, 2021
I´m so saddened to hear about the passing of Nora. She was a wonderful neighbor and friend to my mother. Both Nora and Vernon were close family friends even before I was born and they continued to be close friends throughout my life. We were often guests at their home in Sumner when I was growing up. The last time I saw Nora and Vernon was at my mother´s 90th birthday celebration in April of 2015. I´ve always liked the other photo of Nora and my Mom on one of their many fishing trips with Vernon and my Dad. Our thoughts and prayers are with Betty, Bobby, Rhonda, and other family during this difficult time. With deepest sympathy, Randy, Bonita, Brendan, Lauren and Evan Enochs (New York City)
Randy D Enochs
Friend
October 28, 2021
Reading about Nora, brings back fond memories. While living in Sumner & working in Lexington, Nora & I carpooled to work. She not only was a friend, but also a mentor. I will always remember how kind her & Vernon were to me. My sympathy to you all.
Emily Eutsler
October 28, 2021
I have great memories of Nora and Vern at the Dawson County courthouse. Always smiling! My deepest sympathy to the family.
Sue Hawke
Work
October 27, 2021
Showing 1 - 5 of 5 results