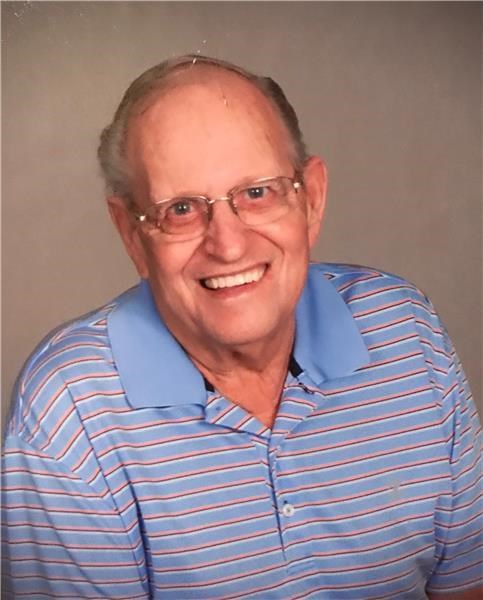 BORN
1944
DIED
2021
FUNERAL HOME
O'Brien-Straatmann-Redinger Funeral Home
4115 Ave. N
Kearney, NE
LINCOLN - Stanley "Stan" Kaps, 77, of Aurora died Tuesday, July 20, 2021, at Bryan LGH East Hospital in Lincoln.
Funeral services will be 10 a.m. Saturday at O'Brien Straatmann Redinger Funeral Home in Kearney.
Interment will follow at Pleasant Valley Cemetery near Pleasanton with military honors provided by the Pleasanton VFW Post 9481 and American Legion Post 321 in conjunction with Offutt Air Force Base Funeral Honors Team.
Visitation will be one hour prior to the service at the funeral home.
--
Stanley LaVern Kaps was born March 7, 1944, in Lexington to Vernon and Thelma (Bice) Kaps. He received his education from San Juan High School in Fair Oaks, California. Following graduation, he attended college then enlisted in the United States Air Force on April 25, 1965. He proudly served until he was honorably discharged in 1968 after serving one year in Vietnam.
Stan married Donna Shafto on May 18, 1968. Donna passed away in 1987.
Stan was an auto mechanic for many years.
He married Marcia Fetters on July 27, 1991, at Johnson Lake. The couple made their home at Johnson Lake for 25 years. Stan enjoyed fishing, hunting, camping and collecting guns. In his later years, he loved to golf and watch Westerns, especially "Gunsmoke." The couple enjoyed traveling and wintering in Texas.
Survivors include his wife Marcia Kaps of Aurora; children, Marlo Kaps and wife Jennifer of Bertrand, Denise Kaps and significant other Clint Ellingson of Kearney, Angela Garfinkel and husband Dean of Grand Cayman, Andrew Puls and wife Carey of Prescott, Arizona, and Alan Puls and significant other Stephanie Brunet of Jacksonville, Florida; grandchildren, Mackenzie (Evan) Jones, Mollie, Wyatt and Owen Kaps, Kamryn Moffett, Janet (Casey) Carriker, Elizabeth and Amy Morris, Ethen and Sebastian Puls, Zachary, Alax, Alayna and Ben Puls; great-grandchildren, Harper and Everette Carriker; brother Del Kaps and wife Julie of Garden City, Kansas; as well as many extended family and friends.
Stan was preceded in death by his parents; first wife, Donna Kaps; grandson, Nathan Schmidt and great-granddaughter, Scout Jones.
Memorials are suggested to Pleasant Valley Cemetery or to the Central Nebraska Veterans Memorial.
Visit osrfh.com to leave condolences.
To plant trees in memory, please visit our Sympathy Store.
Published by Kearney Hub on Jul. 22, 2021.
MEMORIAL EVENTS
Jul
24
Visitation
9:00a.m. - 10:00a.m.
O'Brien-Straatmann-Redinger Funeral Home
4115 Ave. N P.O. Box 2344, Kearney, NE
Jul
24
Funeral service
10:00a.m.
O'Brien-Straatmann-Redinger Funeral Home
4115 Ave. N P.O. Box 2344, Kearney, NE
Funeral services provided by:
O'Brien-Straatmann-Redinger Funeral Home
MAKE A DONATION
MEMORIES & CONDOLENCES
Sponsored by O'Brien-Straatmann-Redinger Funeral Home.
3 Entries
Thank You for your service. Stan will be missed by all that knew him. I use to set & listen to the stories he would tell us younger kids. He will always have a place in our Hearts. Our deepest sorrow to the Family & Friends of Stan
Greg & Judy Hagan
Family
July 23, 2021
Thank You for your Service He will be greatly missed by all that knew Stan. He was a great story teller to all of us that were younger than him as we were growing up. He was a man to be Proud of & to Love. He will be with us always in our Hearts.
Greg & Judy Hagan
Family
July 23, 2021
THANK YOU FOR YOUR SERVICE< STAN! Marcia, Del, Marlo, Denise, may your family and friends surround you at this time of sorrow. May all of you celebrate the wonderful memories of life Stan left us. GOD BLESS ALL.
Connie (Hagan) Hinds, Doug and Monica
Family
July 23, 2021
Showing 1 - 3 of 3 results