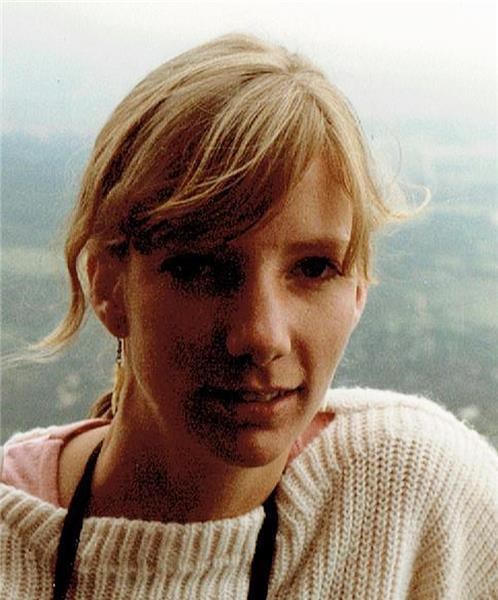 BORN
July 16, 1961
DIED
March 27, 2021
KEARNEY - Veronica Lauby Powell, 59, of Kearney, loving mother, wife, sister and grandmother, died Saturday, March 27, 2021.
There will be no public services or visitation, but a private memorial for the family has been arranged.
O'Brien Straatmann Redinger Funeral and Cremation Services in Kearney is in charge of arrangements.
--
Veronica was born July 16, 1961, in Lexington to Christian Lauby and Leota (Wheeler) Lauby. She attended St. Anne's High School and Catholic Church, lived in Denver, Colorado, then attended the University of Oregon in Corvallis with plans of becoming a veterinarian.
On June 9, 1990, she married Paul Powell, originally of Rochester, New York, in Denver, Colorado. In 2000, Veronica and Paul returned to Kearney to be close to her family. Veronica homeschooled their four daughters through their high school years. She was an avid reader, enjoyed taking long walks, and talking to her grandsons, Jack and Asher, on the phone. Veronica was also deeply committed to her spiritual life over time she became interested in Hindu philosophy and its teachings. She studied and practiced for decades with a strong focus on the writings of contemporary spiritual activists Amma and Sadhguru.
Survivors include her husband, Paul Powell; her four daughters, Walker Powell of Greenfield, Massachusetts, Brady Powell of Chicopee, Massachusetts, Hannah Powell of Kearney and Eleanor Powell of Kearney; her two grandsons; her brothers, Gregory Lauby of Wymore, George Lauby of North Platte, Roy Lauby of Wymore, William Lauby of Kearney and Paul Lauby of Lexington; her sisters, Adrienne Lauby of Cotati, California, Elizabeth Lauby of Montrose, Colorado, and Cecilia Fick of Kearney.
She was preceded in death by her father; mother; and her brother, Joseph Lauby.
Veronica would have asked that in lieu of flowers or cards, donations be made to the International Charities at www.amma.org.
Visit osrfh.com to leave condolences.
To plant trees in memory, please visit our Sympathy Store.
Published by Kearney Hub on Apr. 2, 2021.
MEMORIAL EVENTS
No memorial events are currently scheduled.
To offer your sympathy during this difficult time, you can now have memorial trees planted in a National Forest in memory of your loved one.
Funeral services provided by:
O'Brien-Straatmann-Redinger Funeral Home
GUEST BOOK
Sponsored by O'Brien-Straatmann-Redinger Funeral Home.
11 Entries
So sorry to here of Veronica´s passing . My thoughts and prayers are with you and your family
Cleta Lauby Brown
April 5, 2021
Sympathies to your families.
Rose (Phillips) Zlomke
April 5, 2021
To all my cousins with Love.
Michael Driscoll
April 4, 2021
Our thoughts and prayers are with you
Tim and Deb (DeWall) Ourada
April 3, 2021
My deepest sympathy for your family at this time.
Dan OBrien
April 3, 2021
Our prayers are with you.
Michael & Judy Lauby
April 3, 2021
I'm so sad to hear about Veronica.
Kathy (Lauby) Bliven
April 3, 2021
Our heartfelt prayers to the Lauby Family
Roger & Jan Earhart
April 3, 2021
I am so sorry for your loss. I have many fond memories of the Lauby family! Praying for you all!
Pam (Conroy) Karschner
April 3, 2021
My sincere condolences to the Lauby family.
Maria (Bliven) Atterberry
April 2, 2021
My deepest sympathies to you all.
Jane OBrien
April 2, 2021