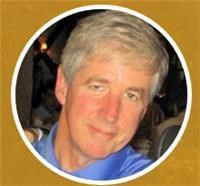 Larry grew up in Norwich, Connecticut and attended Norwich Free Academy and Southern Connecticut State University. He lived in Hamden, Connecticut and served 26 years in the Hamden Police Department, retiring at the rank of Captain in 1999. Four years prior to retirement, he resided in Durham, Connecticut where he served on the Board of Finance and several local committees. He subsequently relocated to Vermillion, South Dakota where he founded Mister Smith's Bakery Café, which gained national fame when it was featured in O, The Oprah Magazine. He served on the Clay County Historic Preservation Commission and spoke frequently at many Parkinson's support groups and events across the country. Although retired, Larry wasn't finished yet. After 19 years of living with Parkinson's disease, in his words he wanted to do ""something big"" before he was no longer able. Larry decided to ride a bike across South Dakota to raise awareness of the challenges of Parkinson's disease and the benefits of physical activity to those living with the disease. His journey was captured in the documentary film Ride With Larry (2013) and received many film festival awards. The film is currently available to view on Amazon Prime Video. Larry continued to cycle on a stationary recumbent bicycle until a week before his death.

Larry's family would like to thank the kind and caring staff at the Sanford Vermillion Care Center where he resided for ten months before his death. They are also very grateful to Ava's House hospice staff who helped him to live the last week of his life peacefully and without pain. Last but not least, they would like to thank everyone who supported Larry with love, laughter, lunch, and a glass of wine over the years.

Mark Burton
June 27, 2020
I would like to express my sincerest condolences to the extended Smith family at this very sad time. I did not know Larry personally but my mother was diagnosed with parkinsons disease 4 years ago and the video of Larry taking cannabis oil gave me such hope in those early days. He seems to have been a wonderfully driven man and he will be remembered fondly by all.
John Gerard Boyle
June 27, 2020
Sending all our thoughts to Larry family and friends at this time! We appreciate the awareness and knowledge he has given to people all over the world via social media regarding parkinsons. RIP Larry! From Newbridge in South Wales in UK!
Janice Johnson
June 27, 2020
My condolences to Larry's family. May you rest in peace Captain, your brave fight is over. You set a example that we may strive to follow.
Matthew Erff
Coworker
June 27, 2020
What a great inspiration to all.
Glennon Fults
Friend
June 27, 2020
We watched the documentary and were totally inspired by him, thank you for sharing his life and determination with the world, a true inspiration ❤
Cristin Cambio
June 27, 2020
My dearest regards to the family.
Kristy Goodloe
Friend
June 27, 2020
Although we never met, you made a big difference in my life. Rest in peace and carry on with your mission. Condolences to his family and friends.
Dave Z
June 27, 2020
Such an inspirational man who touched the hearts of so many across the world including mine,ride in peace,thoughts are with your family and everyone whos lives you touched
Pauline Murphy
June 27, 2020
My sincere condolences to the Smith Family. Godspeed, Larry....ride like the wind, free from pain!
Kay Kenngott
Acquaintance
June 27, 2020
Kerenza Hazen
June 27, 2020
His kindness, generosity and love of life flowed constantly outward. Leavened with a sense of humor, a beautiful smile and an unbounded ability to supply puns for every occasion, Larry's reason and humanity inspired me to be better.
He turned his adversity into new strengths for all he met. Thanks Larry.
Louie Theiss
Family
June 27, 2020
On Larry's good days, it always stuck out to me how this man tried to live life to the fullest despite the hand he was dealt. Being able to have a full conversation with him was a delight and I never realised how much I enjoyed it until the good days became farther and further between. On his not-so-good days, Larry would still do his best to greet you even if he physically couldn't, always surrounded by family and friends,(looking at you Mojo) and doing his damndest to enjoy life.

Larry has inspired a lot of people, but he wasn't just an inspiration. He was a father, husband, uncle, friend, and I hope those who survive him find some solace that many people loved and respected Larry. The world is just a bit darker today without Larry, rest in peace.
Jason Donald
Acquaintance
June 27, 2020
Dear Betty and Family, My thoughts have been with you this past week. The love between you and Larry is an inspiration. His was a life well lived, and his legacy lives on through you and your children. I wish had known him.
Pamela Cole
Friend
June 27, 2020
Larry was just a lovely lovely man who made a big impression on us with his first and subsequent visits. We always had good conversations, he had a wonderful dry humour good taste in music and never talked mean of anyone.There is probably lots I don't know about Larry to me he was one of the "good guys ".
Simon Pocock
Friend
June 27, 2020
You and your family are in our thoughts and prayers
Mary Ann
Friend
June 27, 2020
Showing 1 - 79 of 79 results