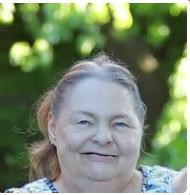 Sandy was born August 22, 1953, in Sioux City, Iowa to Durilla ""Lolly"" and Luella (Preston) Harmon. Sandy married George Williams III in 1971, and had two daughters, Shawn and Heather Williams. In 1977, she remarried with Conrad (CJ) Boelhower, and had a son, Chad Boelhower. After living in a few cities, the family settled down in Harrisburg, SD, where they built a home. Sandy stayed busy as a second mom to many rambunctious neighborhood boys, helping to keep the trouble to a minimum. Sandy was a manager at Spencer Gifts for over 10 years. While there, she developed a love for purchasing a lot of Halloween decorations. She took great pride in having the scariest home in town several years in a row. When she wasn't scaring people, or playing pranks on them, she spent her time reading, doing puzzles and watching westerns. She enjoyed spending time with her family and friends, but especially enjoyed spending time with her grandkids, Oliver, Eloise, and Norah Boelhower.

Left to cherish her memory are her daughters Shawn and Heather Williams, her son and daughter-in-law, Chad and Brianna Boelhower and their children Oliver, Eloise and Norah, her siblings Bill, Randy, and Linda Harmon, her Uncle Lyle and Aunt Jeri Preston, her Niece Hope Babb-Sandison and her kids Faith, Alexis, Christian and Abigail, her longtime friends Donna Clements, and Angie and Gene Peterson, and her honorary nieces and nephews Amanda, Brianna, Talulah and Beckett, and her many wonderful cousins.

She was proceeded in death by her parents and many Aunts and Uncles.

Should family and friends desire, contributions may be sent to P.O. Box 175 Harrisburg, SD 57032 to help cover expenses.
A Celebration of Life will take place at a later date.
To plant trees in memory, please visit our Sympathy Store.
Published by KELOLAND on Oct. 26, 2020.
MEMORIAL EVENTS
Celebration of Life
Service details to be determined.
Funeral services provided by:
Heritage Funeral Home - Sioux Falls
MEMORIES & CONDOLENCES
Sponsored by Heritage Funeral Home - Sioux Falls.
2 Entries
my grandma Sandra was funny and a little mischievous we miss her. from oliver eloise norah brianna and chad, boelhower
chad boelhower
Family
January 26, 2021
Sandy was the best coworker at Spencer gifts! My thoughts and prayers are with her family and friends. I hope you find peace knowing she is no longer suffering. Hugs to everyone
Judy Kojetin
Friend
October 27, 2020