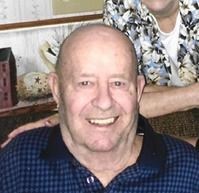 BORN
1940
DIED
2021
FUNERAL HOME
Larson-Nelson Funeral Home
1617 North Bridge Street
Yorkville, IL
Dean Walter Abrahamson
Born: December 11, 1940 in Aurora, IL
Died: July 9, 2021 in Yorkville, IL
Dean Walter Abrahamson, age 80, of Yorkville, IL, passed away on Friday, July 9, 2021 at his home. He was born on December 11, 1940 in Aurora, IL, the son of C. Malcolm and Pauline (Krause) Abrahamson.
Dean was united in marriage on January 7, 1961 to the former Ida Ann Garnhart, and they spent the next 60 years happily together. During the 1960's, Dean and several friends formed a rock and roll band called The Countdowns. Dean enjoyed hunting and was an avid fisherman. He was a loving husband, father, grandfather, brother, and uncle who will be deeply missed.
He is survived by his wife, Ida Ann Abrahamson; his daughters, Kimberly (Dean) Hummell of Big Rock, IL, Kelly (Scott) Darby of Somonauk, IL, Keri (Jim) Ryan of Yorkville, IL; his grandchildren, Ryan (Rebecca) Hummell, Lindsey (Chrissy) Hummell, Kelsey Kuntz, and Chase Ritter; his great-grandchildren Ellie and Evan Hummell; his sister Jayne Smith, as well as several nieces and nephews.
He was preceded in death by his parents, C. Malcom and Pauline Abrahamson; and his brother, Gary Abrahamson.
A private graveside service was held.
Arrangements by Nelson Funeral Homes & Crematory, www.NelsonFuneralHomes.com or 630-553-7611.

Published by Kendall County Now from Jul. 12 to Jul. 15, 2021.
To plant trees in memory, please visit the Sympathy Store.
MEMORIAL EVENTS
To offer your sympathy during this difficult time, you can now have memorial trees planted in a National Forest in memory of your loved one.
Funeral services provided by:
Larson-Nelson Funeral Home
MAKE A DONATION
MEMORIES & CONDOLENCES
Sponsored by Larson-Nelson Funeral Home.
2 Entries
We are so sorry to hear about Dean. We know he will be truly missed. May God give you comfort and Grace to go though this period of saddness.
Bill & Pat Paku
Family
July 18, 2021
So sorry to hear of Dean's passing, our sympathies to the family.
Gary and Donna Martens
Friend
July 18, 2021
Showing 1 - 2 of 2 results