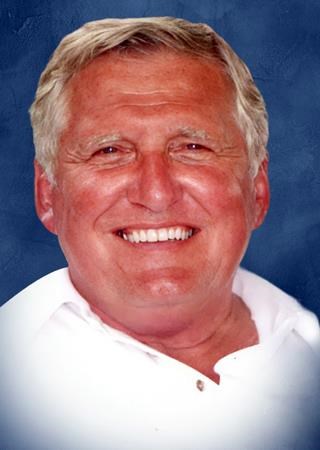 Jerry was born in Kenosha on July 28, 1936, the oldest son of Alice K. Euting and Robert B. Euting. After attending St. Mary's Catholic School through eighth grade, he completed his education at Lincoln Junior High and Mary D. Bradford High School. He attended Marquette University and earned a BS in Elementary Education and a MS in Educational Administration & Guidance from UW-Milwaukee. Additional graduate work was completed at Northwestern University and UW-Madison.

Jerry's entire professional career was dedicated to the Kenosha Unified School District where he served as a teacher, principal, Coordinator of Personnel Services, Administrator of Supportive Activities, and finishing the last seven and a half years of his career as Assistant Superintendent of Schools.

Jerry proudly served his country in the United States Army and retired as a Lt. Colonel from the U.S. Army Reserves.

On May 1, 1989 Jerry was united in marriage to his best friend and kindred spirit, Linda Neilson. They enjoyed thirty-two years of happy times together.

Fishing, football, basketball, shelling, biking, reading, wood working and above all, times with his children and grandchildren were his favorite activities.

Jerry was preceded in death by his parents; son, Michael; brothers, Ray and Kenneth; his beloved Aunt, Eleanore Bannow; and mother-in-law, Margene Allen.

The Euting family would like to express their gratitude to the Kenosha Hospice Alliance for their compassionate care and support, especially Julie, Chaplain Solomon, Rita and the competent and skillful CNA's, Donna, Regina, Kristen and Brenda. In lieu of flowers, contributions in memory of Jerry can be made to Hospice Alliance, St. Mary's Catholic Church, Trinity Lutheran Church, or Catholic Charities.

Memorial visitation will be held on Monday, October 4, 2021, at St. Mary Catholic Church from 9:30 a.m. until the time of Mass at 11:00 a.m. Military honors to follow. Private interment was held at St. James Cemetery.

Published by Kenosha News on Sep. 26, 2021.
To plant trees in memory, please visit the Sympathy Store.
MEMORIAL EVENTS
Oct
4
Visitation
9:30a.m.
St. Mary Catholic Church
7307-40th Avenue, KENOSHA, WI
Oct
4
Service
11:00a.m.
St. Mary Catholic Church
7307-40th Avenue, KENOSHA, WI
Funeral services provided by:
Proko Funeral Home
MAKE A DONATION
MEMORIES & CONDOLENCES
3 Entries
Tom and I wish to send our sincere condolences to the Dick Euting family on the passing of Jerry Euting. We know how much he meant to all of you and how much you will miss his presence during the Euting migration to Canada each summer. With sympathy, Carol and Tom Mieger
Tom and Carol Mieger
September 29, 2021
My deepest sympathy to the family of Gerald. Mr. Euting was my 5th grade teacher many, many years ago. He was the greatest and always held a special place within my heart. He was a wonderful teacher and made 5th grade fun. Gerald was very dedicated to his profession. He will be sadly missed by everyone who knew him. To his family, I pray that you will be comforted by the special memories that you hold dear to your hearts. I´m keeping you all in my thoughts and prayers.
Sandy Dankert
September 28, 2021
Mark and Lynne, I am so sorry for the loss of your Dad. Our thoughts and prayers go out to you and your entire family during this sad time. May you find peace and comfort from those around you in the days ahead. Love & Friendship, Leslie Tenuta-Mitchell & Bob Mitchell
Leslie Tenuta-Mitchell
Friend
September 27, 2021
Showing 1 - 3 of 3 results