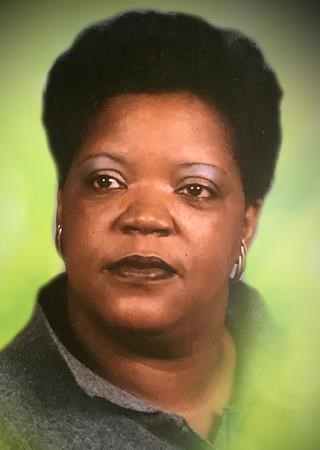 KENOSHA - Jacqueline Fredoria Anderson was born on April 24, 1950, in Shelbyville, TN, to the late Theodore Ralph Anderson and Annie Christine (Howard) Anderson and passed away peacefully on July 10, 2021, at St. Catherine's Hospital in Pleasant Prairie, WI.

At an early age, she and her family moved to Chicago, Il. Jackie graduated from Cooley High in 1968. Jackie loved people and worked various jobs helping others. In her 20's, she worked for a child development center helping at-risk youth on the Northside of Chicago. Jackie attended Gateway Technical College and received her degree in Human Services in 1992. Jackie was a Certified Nurses Aide for several years. She worked at K-Mart, Walmart, Trans Corp, a group home where she cared for patients with disabilities. Jackie worked for various gas stations in the Kenosha area to support her and her daughter after the death of her husband. She worked several years at Brookside Nursing Home as a dietary aide until she retired due to her failing health.

Jackie was a member of Blessing Center Church for several years under the leadership of Pastor Cooksey and then Greater Mt. Hebron Church of God in Christ under the leadership of Pastor James Williams. Recently, she became a member of New Birth Ministries under the leadership of Pastor Bobby Grant. Jackie loved the Lord, and despite her poor health, she was always willing and ready to worship and serve the Lord. Jackie enjoyed the company of friends and family and was always ready to help cook and celebrate birthdays, holidays, and family gatherings. Jackie was an avid reader and coin collector. She especially enjoyed reading books on African American History. Jackie enjoyed playing bingo, doing crossword puzzles, word searches and loved to play scratch-offs. Everyone who knew Jackie knew that she was happy with getting scratch-off tickets from her family and friends. Jackie enjoyed talking on the phone with her family and often called her family to check up on them and say that she loved them.

Jackie will be sorely missed by everyone who knew her and will be remembered for her genuine and positive attitude despite her hardships. No matter how difficult her life may have been, she always considered herself to be blessed.

Besides her parents, grandparents, and a host of aunts and uncles, Jackie was preceded in death by: her sister Toni Ann Anderson in 1973; and her baby sister Amy Anderson on April 3, 2014; and her nephew Terrance Young on March 31, 2018; her dear friend Annie McClinton on March 1, 2020; and her first cousins and dear friends: Rumel Stokes, Drindle Howard, and Mattie Stokes.

Jackie also leaves behind a host of in-laws, nieces, nephews, great and great-great nieces, nephews, and friends she loved dearly. She loved every one of you and was happy to call you all her own.

A celebration of Jacqueline's life and homegoing will be held on Monday, July 19, 2021, 11:00am, at Second Baptist Church, 3925 32nd Avenue, Kenosha. Visitation will be from 10:00am until the time of the service. Burial will follow at Green Ridge Cemetery.