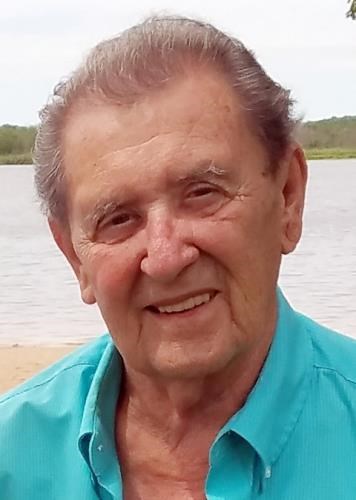 PLEASANT PRAIRIE - Jerry Lee Applegate, age 81, of Pleasant Prairie passed away peacefully on July 25, 2021, at Azura Memory Care of Oshkosh. He was born on April 14, 1940 in Pleasant Prairie, WI to Kenneth and Dorothy Applegate. He attended Pleasant Prairie School and married Peggy Neftzger in 1959. They had six children together. Jerry worked for American Motors/Chrysler until his retirement after over 30 years of service.

Jerry enjoyed spending time with his family. He cherished his time up north at his cottage and loved attending Applegate Family Reunions. He was always the first one to the park with his sister Judy drinking his percolated coffee, making sure they had the perfect location for the reunion. He was a talented artist and excelled at anything where he used his hands. He had a passion for classic cars and enjoyed taking his 1940 Ford and 1950 Mercury to car shows. He spent many mornings drinking coffee with friends at Andy's Drive-In. He was a member of the UAW Local 72 Retirees and in later years, loved spending time with his grandchildren, especially Alyssa.

The family of Jerry Applegate would like to extend special thank-yous to the staff at Azura Memory Care of Oshkosh (Jerry's Angels) for giving him such compassionate care and friendship; Generations Hospice of Fond du Lac and Motor Mania of Greenfield for organizing one last car show for Jerry; and Pastor Sam Prellwitz of Ripon Community Church for fulfilling his spiritual needs.

Funeral Services for Jerry will be held on Friday, July 30, 2021 at 1:00 p.m. at the Bruch-Hansen Funeral Home. Visitation will be held on Friday from 11:00 a.m. until the time of service. Memorials would be appreciated to Generations of Giving in Fond du Lac who coordinated Jerry's car show or to the Alzheimer's Association.