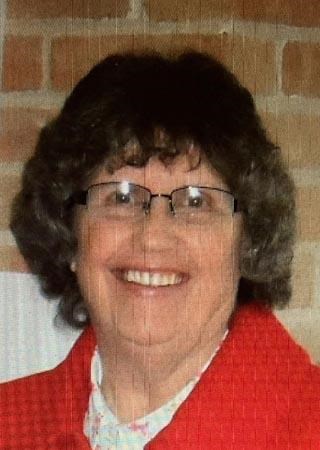 KENOSHA - JoAnne M. Kramer, age 82, of Kenosha passed away peacefully on Friday, July 16, 2021 the Manor of Kenosha. JoAnne was born on April 2nd,1939 to the late John and Margaret Novascone. The youngest of four children, she was raised in Kenosha and attended Roosevelt Elementary, McKinley Middle and graduated from Mary D. Bradford High School, class of 1957. In 1959, she was united in marriage to James Anthony Martin, their union produced three loving children. They later divorced and on May 22, 1981 she married the love of her life, Richard F. Kramer and they were blessed with 40 years of marriage. She enjoyed bowling, fishing, bingo but most of all, she loved playing the casino slot machines. JoAnne was employed by Wisconsin Bell, Eaton, Sparks Insurance and retired in 2004 from the State of Wisconsin Department of Vocational Rehabilitation.

She was preceded in death by: her parents; two sisters: Nora Jean Becker and Mary Ellen Huber; and a stepdaughter, Shannon L. Kramer.

The family would like to extend a special thank you to her nurse, Mary at the Manor of Kenosha and Sarah from Hospice Alliance who took loving care in her final days.

Arrangements for a celebration of JoAnne's life are left in the care of Casey Family Options Funerals and Cremations to be held at Kemper Center at a later date.

Published by Kenosha News on Jul. 25, 2021.
To plant trees in memory, please visit our Sympathy Store.
MEMORIAL EVENTS
To offer your sympathy during this difficult time, you can now have memorial trees planted in a National Forest in memory of your loved one.
Funeral services provided by:
Casey Family Options Funerals and Cremations - Stephen P. Casey, Owner
MAKE A DONATION
MEMORIES & CONDOLENCES
1 Entry
In loving memory of a wonderful person and neighborhood mom. I will love you and miss you always.
Amy Adrian
Friend
July 28, 2021
Showing 1 - 1 of 1 results