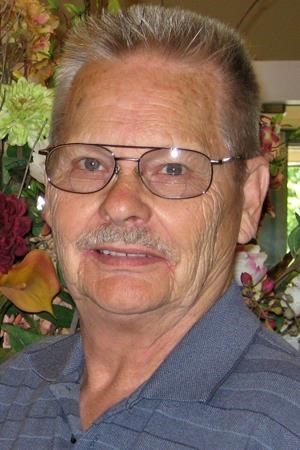 He was born May 5, 1938, in Skandia, MI the son of the late Carl and Jennie (Mahlan) Heidtman. He grew up in Marquette, MI and on August 21, 1959, he married Merri Petersen; they later settled in Kenosha, WI. Ken loved being outdoors, planting his garden and working in his yard – he had the greenest grass in the neighborhood. Ken was a talented woodworker, and enjoyed playing card games, and puzzles. Ken was a car enthusiast, he loved working on cars and spent his life as a mechanic and would never part with that darn van.

In addition to his parents, Ken was preceded in death by siblings, Carol (Vernon) Harlock and Walter (Carole) Heidtman.

Funeral services and interment will be private. Arrangements were entrusted to Proko Funeral Home.

To my best friend, my brother, Bob "Boz".

Published by Kenosha News on Jul. 18, 2021.
To plant trees in memory, please visit the Sympathy Store.
MEMORIAL EVENTS
To offer your sympathy during this difficult time, you can now have memorial trees planted in a National Forest in memory of your loved one.
Funeral services provided by:
Proko Funeral Home
MAKE A DONATION
MEMORIES & CONDOLENCES
2 Entries
Our sympathy to Merri and family! Now my dad, Rocco, and Ken are conspiring to fix something! TY for all the years you were kind to him
Christine Bellantonio Chartrand
Friend
July 23, 2021
Our hearts and prayers are with you Merri, Kim & family!! Deepest sympathy for your loss. So glad we were blessed with the opportunity to talk to you, Merri, and Ken in front of home home just a few weeks ago. Rest in peace Ken!
Barb & Fred Nyara
July 18, 2021
Showing 1 - 2 of 2 results