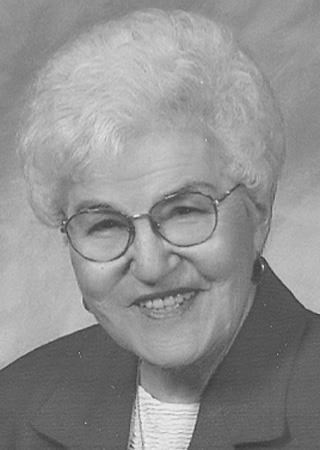 She was born on April 1, 1920 to the late Frank and Verna (Golomski) Lukaszewicz in Stevens Point, WI. She was educated in the schools of Stevens Point.

A Memorial Mass for Lucille will be held at a later date. Private entombment will take place at All Saints Mausoleum.

The family would like to thank the staff at Brookside Care Center for their loving and compassionate care given to Lucille.

To plant trees in memory, please visit our Sympathy Store.
Published by Kenosha News on May 2, 2021.
MEMORIAL EVENTS
No memorial events are currently scheduled.
To offer your sympathy during this difficult time, you can now have memorial trees planted in a National Forest in memory of your loved one.
Funeral services provided by:
Bruch Funeral Home - Kenosha
MEMORIES & CONDOLENCES
0 Entries
Be the first to post a memory or condolences.