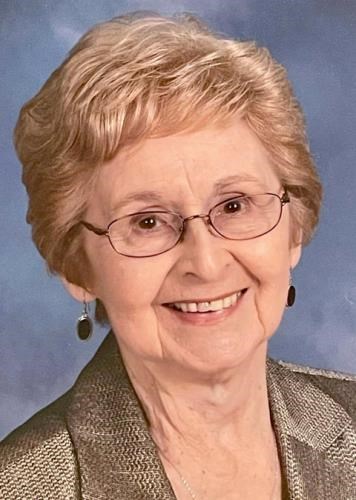 She was born March 3, 1929, in Herman, MI, to the daughter of the late August and Sylvia (Mannila) Pekkala. She married the love of her life, the late Dominick Batassa, on January 16, 1948.

Martha was a successful businesswoman, beginning her early career in banking at the American State Bank, where she served as a mortgage loan officer. At retirement, she had achieved the position of Assistant Vice President. She was admired and respected for her organization, accuracy, and attention to detail. Not only was she dedicated to her career, but she raised a wonderful family, who only further enriched her life.

Martha was happiest spending time with her family. She especially enjoyed bringing her whole family together for coffee and Sunday morning breakfast.

Martha enjoyed riding the bus with Dominick to the casino, all the passengers would listen while he serenaded her and others. The festivals hosted by Mt. Carmel Church were some of Martha's favorite events. Just before her passing she asked her children when the next spaghetti dinner was. Above all else, she cherished spending time with her grand and great-grandchildren.

In addition to her parents and husband, she was preceded in death by her children, Jeffery and Leonard Batassa; her sister, Irma Perry; and her granddaughter Catherine Schlater.

Published by Kenosha News on Jul. 28, 2021.
To plant trees in memory, please visit our Sympathy Store.
MEMORIAL EVENTS
Jul
29
Visitation
4:00p.m. - 7:00p.m.
Proko Funeral Home
5111 60th St., Kenosha, WI
Jul
30
Mass of Christian Burial
9:30a.m.
Our Lady of Mt. Carmel
WI
Funeral services provided by:
Proko Funeral Home
MAKE A DONATION
MEMORIES & CONDOLENCES
2 Entries
I was very saddened to hear this. I want to send my deepest sympathies to the whole family. I thought the world of her. She was the best neighbor you could ask for. She was kind, thoughtful and welcoming. Always greeting everyone with her beautiful smile. She was a wonderful lady who will be missed by so many.
Cheryl Chandler
July 30, 2021
Randy and Julie, Sorry for your loss with deepest sympathy. Your mother was an accomplished professional. She rose to a level that women did not achieve in her era. We are sure she will be greatly missed.
Uncle Dan and Susan Cisler
Family
July 28, 2021
Showing 1 - 2 of 2 results