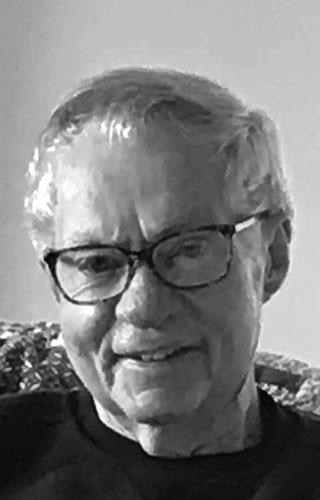 He was born January 7, 1939, in Detroit, MI, the son of the late Austin and Winifred (Carney) Gallagher. He grew up in Dearborn, MI, and on October 28, 1966, he married Linda Most. He began working for American Motor Co. in Michigan and in 1966, he transferred to the Kenosha plant. He later worked for Abbott Laboratories for many years before his retirement.

Mike loved the game of golf; he enjoyed the friends that came along with it as well as the time he spent with his family while on the green. He and Linda enjoyed traveling, whether in their travel trailer around the United States, or to a tropical destination. He was self-made handyman and spent a lot of time remodeling his own home and others alike. Mike also liked to work on computers and he especially cherished time with his grandsons. He was also a volunteer guardian for over 20 years. He was on the finance committee and worked on the annual picnic at St. John the Baptist Church in Paris, WI.

In addition to his parents, Mike was preceded in death by siblings, Jack Gallagher, Margaret Gallagher, Eileen Gallagher, and Kathleen Palombi.

Mass of Christian Burial will be held privately at St. John the Baptist Catholic Church, Paris, WI with interment in the Parish cemetery. In lieu of flowers, those desiring may make contributions to Feeding America, in his memory.

To plant trees in memory, please visit our Sympathy Store.
Published by Kenosha News on Jan. 3, 2021.
MEMORIAL EVENTS
No memorial events are currently scheduled.
To offer your sympathy during this difficult time, you can now have memorial trees planted in a National Forest in memory of your loved one.
Funeral services provided by:
Proko Funeral Home
GUEST BOOK
0 Entries
Be the first to post a memory or condolences.