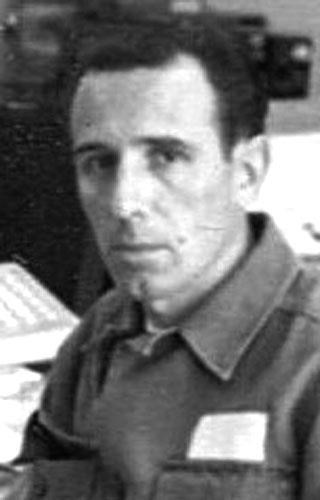 Nicholas T. Walls, 87, of Kenosha watched his final sunrise on December 9th, 2020 and decided it was time to join his wife Dona.

While not a member of the greatest generation, Nick still served his country for 21 years including 2 years in the US Army as a paratrooper during the Korean Conflict, 8 years in the US Navy as a firefighter and a cook. He also served 11 more years in the US Air Force in various fields including a SAC nuclear missile controller and in Air Search and Rescue while stationed in the Azores, Portugal.

It was while stationed in the Azores Islands in Air Search and Rescue that he became very involved in Karate and earned a 2nd degree black belt in both the Shorin Ryu and Tai Kwan Do styles. He taught Karate for many years while in the Military and had a Dojo in the attic of his house later in life. In short, Nick lived his life to the fullest.

Born on May 16, 1933, in Seattle Washington, he was the only adopted son of James and Nina Walls. Raised in Seattle, Nick attended local schools. At 17 Nick enlisted in the Army. After leaving the Army he joined the US Navy and returned to the Seattle area where he met the love of his life Dona.

After leaving the military the family settled in Kenosha where Dona's extended family lived. Nick then worked for the Case company as a tractor repair technician and a QA technician. After Case closed down Nick worked for Gateway Technical College in assorted maintenance/janitorial positions. After retirement, Nick and Dona relocated to Northern Wisconsin where they lived in their dream home in the north woods until health forced them to move back to Kenosha to be near their family.

Nick will be missed by his three sons, Nicholas J., Michael E. (Gerardine) and Patrick B. (Lisa Marie) Walls; six grandchildren, Rhianna, Katey (Johnathan), Kristy (Phil), Jessica (Kyle), Andrew (Tina) and John; as well as one great granddaughter, Lilly and a great grandson Julian who has yet to arrive. Nick is also survived by many nieces and nephews.

Pursuant to Nick's wishes there will be no funeral and his interment will be a private family event.

To plant trees in memory, please visit our Sympathy Store.
Published by Kenosha News on Dec. 13, 2020.
MEMORIAL EVENTS
No memorial events are currently scheduled.
To offer your sympathy during this difficult time, you can now have memorial trees planted in a National Forest in memory of your loved one.
Funeral services provided by:
Piasecki Funeral Home
GUEST BOOK
0 Entries
Be the first to post a memory or condolences.