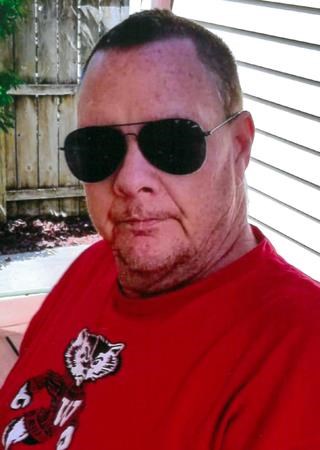 Patrick G. Powers, 57, of Kenosha, died Friday (July 16, 2021) at Froedtert Kenosha Hospital. He was surrounded by his loving family.

The son of the late Thomas F. and Geraldine (Bohen) Powers, he was born on February 8, 1964, in Kenosha. He was the youngest of eight and only four years old when he unexpectedly lost his mother.

He graduated from Central High School in Paddock Lake in 1982.

Over the years, he was employed at the Kenosha News, McDonald's and many years with his brothers Tom, Dennis, Greg and nephew Tommy Powers Jr.

He was a sports enthusiast, played football and was a cross country runner in high school. He earned his yellow belt in karate, played softball with his brothers in the Kenosha area, enjoyed bowling and playing golf when he was younger. He was an avid Kenosha News (KN) Football Poll player. His name was often mentioned in the KN sports page because he was a winner plus also placed in the top third numerous times.

Over the years when the Dairyland Greyhound Park was open, he enjoyed going so much that he became a frequent visitor.

Patrick is survived by his three brothers, Tom (Rieko Mueller), Bernie (Lynette) and Greg (Janine) Powers; his two sisters, Cheryl Bates (Don Thompson) and Maureen (Brian) Anderson; his dog Jayden and many nephews and nieces plus great nieces and nephews.

In addition to his parents, he was preceded in death by his two brothers Dennis and Danny.

Funeral services will be held privately.

The family would like to extend our special thanks for all of the love and support he has received the last thirty years from the Kenosha Community Support Program (CSP) and to the staff at Froedtert Kenosha Hospital for their compassion and professionalism.

Published by Kenosha News on Jul. 21, 2021.
To plant trees in memory, please visit the Sympathy Store.
MEMORIAL EVENTS
To offer your sympathy during this difficult time, you can now have memorial trees planted in a National Forest in memory of your loved one.
Funeral services provided by:
Piasecki Funeral Home
MAKE A DONATION
MEMORIES & CONDOLENCES
1 Entry
Greg, our deepest condolences to you and your family on the passing of your brother, Patrick. May he be RESTING PEACE
Gene and Julie Kunicki
July 21, 2021
Showing 1 - 1 of 1 results