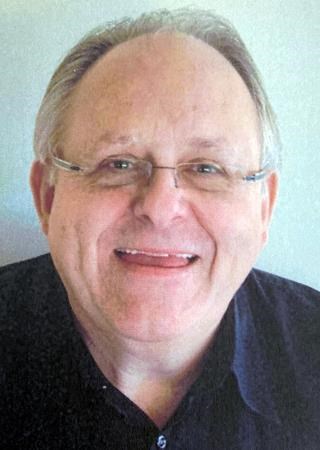 Patrick was born July 18, 1949, in Manitowoc, WI, the son of Thomas and Alice Raven. He graduated from St. Joseph High School in Kenosha, WI in 1967 and attended St. Norbert College in De Pere, WI where he received a Bachelor of Arts degree in 1971. He earned a master's degree from the University of Wisconsin-Milwaukee in 1975.

On August 14, 1971, he married Mary C. Varju in Racine, WI. He is survived by his wife; his daughter, Elizabeth M. Raven (Christopher) Juern of Colgate, WI; his son, Thomas P. (Magdalene) Raven of Whitefish Bay, WI; grandchildren, Ellison, Mary Jane, and PJ Juern; and Eloise, William and Cecilia Raven; his sister, Marialice (Walter) Hammond of Kenosha, WI; and nephews and cousins, as well as many friends, colleagues and students. Patrick was preceded in death by his parents.

After one year as a teacher at St. John Cathedral High School in Milwaukee, WI, he worked as a teacher and curriculum coordinator for the School District of Waukesha, WI for 22 years.

He spent the remaining 20 years of his career as a World Language Consultant in educational publishing.

He received several awards for his teaching and service, including the WAFLT Distinguished Foreign Language Educator Award, the CSCTFL Founders Award and the Excellence in Publishing Award from Holt, Rinehart and Winston.

Patrick shared the joy of international travel and Gemütlichkeit with hundreds of students, as well as his family, and many friends and colleagues.

Those who knew Patrick will remember him for his love and commitment to his family, and his passion for languages and learning.

A Mass of Christian Burial will be celebrated at 11:00 a.m. on Thursday August 19, 2021, at St. Gabriel Catholic Church in Hubertus, WI with Fr. Tim Bickel officiating.

Friends may call at the church on Thursday from 10:00 a.m. until the time of service at 11:00 a.m. A private committal will be held at Holy Cross Cemetery in Racine at a later date.

In lieu of flowers, donations to the charity of your choice would be appreciated or to WAFLT, P.O. Box 1493, Appleton, WI 54912.