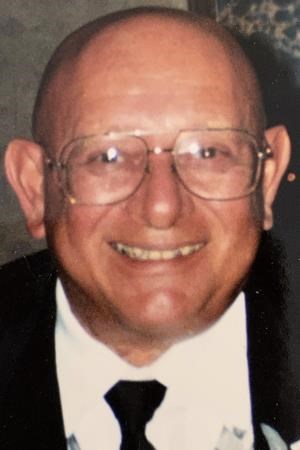 KENOSHA - Richard A. "Dick" Ciotti, age 72, of Kenosha passed away on Wednesday, July 14, 2021 at his home surrounded by his family. Dick was born on August 28, 1948 in Kenosha to Red and Lena (Tabili) Ciotti. He attended local schools and graduated from St. Joseph's High School in 1967. Dick served in the United States Army and the reserves from 1969 until his honorable discharge in 1975. He married Susan Kemen in 1969 in Kenosha and the couple later separated. Dick married Sandra Hardy in 2005 in Menomonee Falls and she preceded him in death in 2017. He was a union painter with Ruffalo's painting for over 30 years. Dick was a member of the Roma Lodge and the Moose Lodge #286. He enjoyed golfing, fishing, music, playing pool and trips to Las Vegas.

He was also preceded in death by, his parents and his brother, Roger.

Published by Kenosha News on Jul. 18, 2021.
To plant trees in memory, please visit the Sympathy Store.
MEMORIAL EVENTS
Jul
20
Visitation
11:00a.m.
All Saints Cemetery South Chapel
3300 Springbrook Road, WI
Jul
20
Funeral service
12:00p.m.
All Saints Cemetery South Chapel
3300 Springbrook Road, WI
Funeral services provided by:
Casey Family Options Funerals and Cremations - Stephen P. Casey, Owner
MAKE A DONATION
MEMORIES & CONDOLENCES
3 Entries
I'm sorry to hear of Dick's passing. He was a really nice person. My condolences to all his family. Diane, I'm thinking of you.
Mary LoVetro
Friend
July 20, 2021
We are very sorry to hear of your dad´s passing. Dick was not only a cousin but a friend. He was such a good conversationalist and could always make you laugh. He had the best laugh. We worked together for over 30 years. He was a dedicated hard worker. He is greatly missed. God bless him and the family!
Al and Mary Pat Ruffalo
July 20, 2021
So sorry to hear about your dad`s passing. I have many fond memories of your dad when I was growing up.
George Ciotti
July 18, 2021
Showing 1 - 3 of 3 results