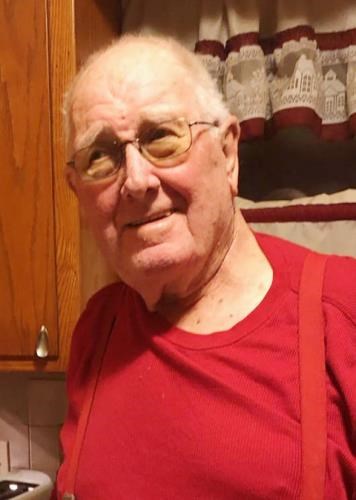 Bob was born November 18, 1935, in Elroy, WI, the son of the late Edward and Ruth (Fassbender) Murphy. He was raised and educated in Mauston, graduating from Mauston High in 1953 with the distinction of being voted prom King.

Bob was a Jet Maintenance Tech in the U.S. Air Force from 1954–1957. Bob married Marilyn Miller, they later divorced. Bob was a proud member of Teamsters Local 43, retiring in May 1997 with 30+ years of service. After retirement, Bob worked as a part-time starter at the Washington Park Golf Course in Kenosha. On April 10, 2001, he scored his one and only hole-in-one. Bob was very proud of his Irish heritage and loved Jameson Whiskey. His hobbies included golfing, gardening, cheering for the Packers, Badgers, Brewers and Bucks. Most of all, he enjoyed spending time with his family, friends and his canine companions Shannon and Dublin.

Survivors include his children: Lorie (Rick) Slater of Sturtevant, Brian Murphy of Kenosha, Jeffrey Murphy of Carpentersville, IL; sister, Barbara Parentau of Eau Claire; five grandchildren: Rudy, Cody, Joseph, Connor and Sydney; two great-grandchildren: Eric and Sebastian; and one great-great-grandchild Moni. Bob was preceded in death by his sister, Helen, and brothers, Edward and Michael, as well as, his beloved canines.

The family would like to thank the entire staff at the Milwaukee VA Hospital for their compassionate care during his hospitalization.

Military honors services will be held at Southern Wisconsin Veterans Cemetery on Monday, November 8, 2021, starting at 3:00 PM. In addition, a gathering to honor Bob will be held at a later date please continue to check Kenosha Funeral Service's website for further information.