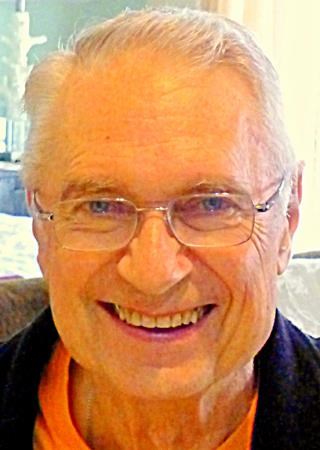 Ron was born January 3, 1943, to Charles and Myerla (Accola) DeGolier in Madison, WI. He graduated from Madison West High School and received a Bachelor's in Business Administration from Carroll College in 1967. He married Laura Prange in 1967; they divorced in 1983. They had two children: Lisa and Eric.

After three years at University of Wisconsin Hospitals, Ron received a Master's in Hospital/Healthcare Administration from Washington University in St. Louis, MO. He served as Administrator of Hess Memorial Hospital & Nursing Home in Mauston, WI from 1973-1981. He left to better deal with advancing symptoms of kidney disease.

Ron was the fortunate recipient of a lifesaving kidney transplant on August 23, 1985. He later served as development director at the Kenosha Achievement Center and in various roles at the Kenosha YMCA. After retirement Ron and Linda bought a motor home and traveled around the country several times. From their home at St. Catherine Commons, they took advantage of the Lake Michigan shoreline to hike and bike. They enjoyed watching the sun and moon rise from their 3rd floor windows.

Ron volunteered his services to various causes and organizations, including an INNS homeless site in Kenosha for 17 years. He served on the board of directors of the National Kidney Foundation of Wisconsin and the Friends of the Kenosha Public Museum. Ron's interests included cycling, cross-country skiing, hiking, RVing, outdoor photography, and fixing stuff. He competed and medaled in the U.S. Transplant Games. Ron organized Kenosha's only international pro-am bicycle races (Food Folks & Spokes) and served as local race director through 2007.

He was preceded in death by his father (1962) and mother (2001). Ron is survived by his loving wife, Linda; his children and children by marriage, Lisa (Chris Leffel) DeGolier, Eric (Yoko) DeGolier, Debra (Brian) Hansche, Ronda Wadina, Pamela Sjoerdsma; 11 grandchildren; one great-grandchild; and his sister, Diane Hippman.

Funeral services honoring Ronald's life will be held privately. The family would like to thank the Hospice Alliance for their great care. Memorial remembrances may be made to Shalom Center of Kenosha 4314 39th Avenue, Kenosha, WI 53144 or Hospice Alliance Foundation 10220 Prairie Ridge Blvd, Pleasant Prairie, WI 53158 in Ronald's name.

Published by Kenosha News on Aug. 15, 2021.
To plant trees in memory, please visit the Sympathy Store.
MEMORIAL EVENTS
To offer your sympathy during this difficult time, you can now have memorial trees planted in a National Forest in memory of your loved one.
Funeral services provided by:
Piasecki Funeral Home
MAKE A DONATION
MEMORIES & CONDOLENCES
2 Entries
So sorry to hear about Ron. God bless you and your family Linda.
Scott Lundgren
Other
October 11, 2021
What an honor it was to have known Ron while he was here at St. Catherine's Commons. I would see him & Lynn walking all the tine and they ALWAYS had a smile & greeted you as they passed. I know he is smiling up in heaven.
Sunny Nelson
August 15, 2021
Showing 1 - 2 of 2 results