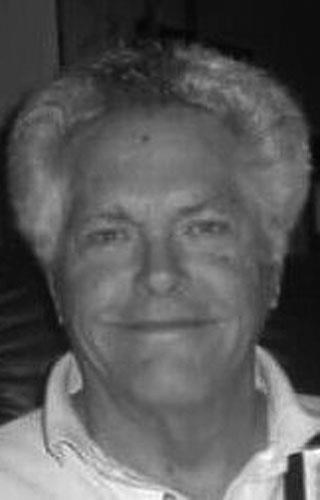 Russell Carrel Jr., 79, of Pleasant Prairie passed away on Monday January 11, 2021 with his wife by his side at Aurora Medical Center.

Russell was born on June 17, 1941 in Bloomington, IL, the son of the late Russell H. & Vivian (Beehm) Carrel. He was educated in the schools of Kenosha. Russell graduated from Mary D. Bradford High School in 1959. He entered the Navy immediately after. He served his country until July of 1963 when he was honorably discharge.

Russell married Patricia Mary Ogren on July 2, 1976 in Waukegan. He was a journeymen electrician for 39 years and a member of Local 127, NEBF and Great Lakes Sub base. Russell was the job steward for the Pleasant Prairie Power Plant during its construction.

His hobbies included traveling, camping, cutting grass in his park like yard, tinkering in his barn (which he built with his brother). He liked McDonalds coffee, and sharing stories with his friends at McDonalds.

Per Russell's wishes there will not be any public visitation. Donations may be made to Hospice Alliance Hospice House in Pleasant Prairie, or any charity of your choosing in his memory.

To plant trees in memory, please visit our Sympathy Store.
Published by Kenosha News from Jan. 17 to Jan. 19, 2021.
MEMORIAL EVENTS
No memorial events are currently scheduled.
To offer your sympathy during this difficult time, you can now have memorial trees planted in a National Forest in memory of your loved one.
Funeral services provided by:
Kenosha Funeral Services - Kenosha
GUEST BOOK
5 Entries
My deepest sympathies to you and the family aunt Pat on the passing of your husband. You will all be in my thoughts and prayers at this sad and difficult time.
Betsy (Vogel) Teixeira
January 20, 2021
Sending our deepest condolences to Pat and family, I always enjoyed my little chats with Russ when he stopped in at Ruffolo´s to pick up his order... our thoughts are with you all ..
Steve and Alisa and staff from Ruffolos Intl Foods
January 19, 2021
My deepest sympathy to the family. Russ was a very special close friend to my mom, Sandy. He will be deeply missed. Prayers to you all during this difficult time
Victoria Sarzant
January 17, 2021
I worked with Russ at Plesant Prarrie power plant. Great Guy , and a lot of fun to work with. My Dad Forrest was the GF out there. and had good memories of the job also. You have my sympathy for your loss. Bob
Bob Koenecke
January 17, 2021
Pat, I'm sorry about Russ passing. My thoughts are with you during this troubling time.
Mary Durkee
January 17, 2021