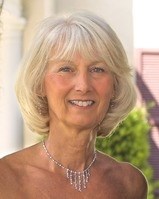 BORN
1946
DIED
2021
FUNERAL HOME
Bluegrass Cremation - Lexington
608 West Fourth Street
Lexington, KY
Arlene Fraraccio
August 24, 2021
Winchester, Kentucky - Arlene Hirn Fraraccio was called home by her Lord on August 24, 2021. Born in Queens, New York in 1946 to George Francis Hirn Jr. and Claire Ada Hirn, Arlene attended Long Island Lutheran High School and later Muhlenberg College in Allentown, Pennsylvania where she earned degrees in mathematics and elementary education.
Upon graduation, Arlene took a teaching position in Connecticut. Little did she know that on the evening of September 18, 1968 while making a call in a phone booth in Fairfield, Connecticut, she would meet her future husband, Bob. Bob had driven a friend to use the same phone and was immediately intrigued by the woman in the booth. After striking up a conversation, they started dating and a year and a half later, Bob proposed to her in that same phone booth. They wed on Augusts 8, 1970 and that was the beginning of a beautiful marriage that flourished for 51 years. It was one of unfaltering commitment, love, and devotion and served as a model for their children and all of those around them.
Because of her commitment to her family, she subsequently gave up her teaching career to devote herself fully to her husband and children. With their strong faith in God, she and Bob raised three beautiful children and instilled in them strong moral and family values. She established many holiday traditions particularly around Thanksgiving and Christmas which will continue for generations to come. She valued and insisted on regular family dinners, enjoyed family game nights, and planned numerous memorable family trips both domestically and abroad. Her young grandchildren were the joys of her life and filled her heart with happiness. Visits with "Gammie" were always highly anticipated and resulted in excitement, fun, and laughter.
Bob's career took them to several cities, including Richmond, VA, Blacksburg, VA, and ultimately Winchester, KY. Her unassuming and gentle ways helped develop meaningful, lifelong friendships wherever she lived. Arlene also loved to travel, whether it was taking bike trips in Ohio, canoeing excursions in Minnesota, overseas adventures with Bob, or her annual trips with her dear college friends of more than 55 years. Her special place was the condo she and Bob owned in Vero Beach, FL, where the vivid sunsets brought her peace.
During Arlene's four-and-a-half-year battle with pancreatic cancer, she served as an inspiration for all those that knew her. She fought with grit, determination, and courage but also with grace and dignity. We would like to thank all of our extended family and friends for all of their love, support, and prayers. We would also like to express our heartfelt thanks to Dr. Suzanne Pica, Arlene's primary care physician for the past 27 years, who supported her throughout this challenging battle with compassion, love and friendship.
Having fulfilled her life's service on earth, Arlene is survived by her husband Bob, her brother George Francis Hirn, III (Inara), her brother-in-law Steve LaFlamme, her three children Robert Christopher Fraraccio (Amanda), Christie Fraraccio Wright (Chad), and Timothy Michael Fraraccio, and her six grandchildren, Ava and Lia Fraraccio, Scott and Christopher Wright, and Sidney and Hayden Fraraccio. She was preceded in death by her parents and her sister, Janet LaFlamme.
A private mass will be held for immediate family and a celebration of life will be scheduled at a later time. In lieu of flowers, donations can be made to Clark County Community Services, St. Joseph Catholic Church (Winchester, KY), St. Peter Claver Catholic Church (Lexington, KY), Pancreatic Cancer Action Network, or a charity of your choice.

Published by & from Aug. 28 to Aug. 30, 2021.
To plant trees in memory, please visit the Sympathy Store.
MEMORIAL EVENTS
To offer your sympathy during this difficult time, you can now have memorial trees planted in a National Forest in memory of your loved one.
Funeral services provided by:
Bluegrass Cremation - Lexington
MAKE A DONATION
Please consider a donation as requested by the family.
MEMORIES & CONDOLENCES
Sponsored by Lexington Herald-Leader.
2 Entries
Bob, I was just looking at another obituary and saw your wife's. I am sorry for your loss and pray God's grace and peace for you and your family.
Bev Allen
August 30, 2021
Bob, so very sorry for your loss. We send our deepest sympathy to you and your family.
Peggy and Don Falace
Friend
August 29, 2021
Showing 1 - 2 of 2 results