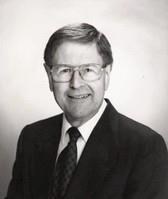 BORN
1934
DIED
2021
FUNERAL HOME
Kerr Brothers Funeral Home - Harrodsburg Road
3421 Harrodsburg Road
Lexington, KY
Cdr. Richard Grimshaw Wood
September 3, 1934 - November 21, 2021
Lexington, Kentucky - WOOD, Richard Grimshaw, Cdr. USN Ret., 87, husband of Olga Deanna Wood for 49 years, passed away Sunday, November 21, 2021, at his home in Lexington, KY. He was born September 3, 1934 in Gardiner, ME to the late Ralph and Carolyn Wood. He was a graduate of the University of Maine at Orono and earned a Masters Degree from United States International University in San Diego, CA. Commander Wood served his country in the U.S. Navy for 20 years, retiring in 1976. During those years as an aviator, he was assigned two deployments in Vietnam (261 combat missions), two tours as an A4 Skyhawk instructor, and made more than 700 aircraft carrier landings. Cdr. Wood was awarded many commendations for dedicated service to the Navy and his country. After his career in the Navy, Mr. Wood was appointed President of National College for Kentucky campuses. He retired after 20 years of service in 1999. Richard was a Founding Member of the Aviation Museum of Kentucky serving a term as Vice Chairman and member of several committees. His US Navy flight suit is displayed at the museum. AMK was an especially meaningful project for the Commander, and he was proud of its contribution to aviation history. Survivors in addition to his wife include three sons, Duane (Cecilia) Wood, John (Linda) Wood and Richard (Penny) Wood; two daughters, Elizabeth (Bill) Stillwaggon and Karen (Albert) Peterson; and numerous grandchildren and great-grandchildren. Richard is preceded in death by his parents, Ralph and Carolyn and a son, Conrad Wood. A funeral service with full Military Honors will take place Saturday, November 27, 2021 at 2:30 pm, at Kerr Brothers Funeral Home, 3421 Harrodsburg Rd., Lexington, KY. Visitation will be 12:30pm to 2:30pm at the funeral home. A private burial will take place at Camp Nelson National Cemetery. In lieu of flowers, the family requests donations be made to The Aviation Museum of Kentucky: 4029 Airport Rd, Lexington, KY 40510 or Bluegrass Hospice Care: 1733 Harrodsburg Rd, Lexington, KY 40504.